Islamic State Closing In on Government Complex in Ramadi

Attempt to Regain Momentum after Strategic Losses at Baiji, Jalula and Sadia 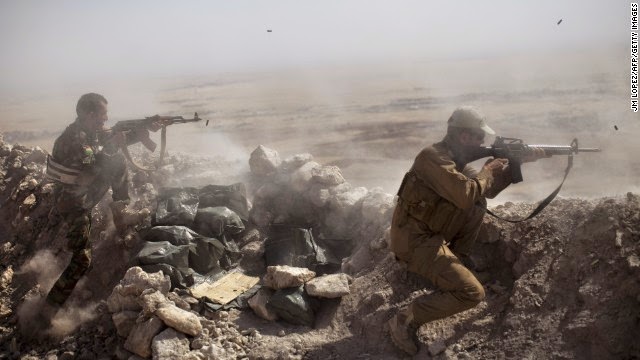 Iraqi security forces and allied tribesmen were reportedly battling Wednesday to defend the governor’s office in the center of Ramadi, Anbar’s capital, from a concerted attack by the Islamic State insurgents.

“We are defending and protecting the governmental complex in Ramadi,” said Colonel Hamid Shandukh of Anbar police force. He added that the militants were within a few hundred meters of the governor’s office. It seems that Ramadi is hanging on by a thread.

The governor of Anbar, Ahmed al-Dulaimi, told Al-Anbar TV from Germany, where he is recovering after being wounded by a mortar round in September, that losing Anbar “means losing Iraq.”

ISIL’s offensive in Ramadi is apparently an attempt by the insurgents to regain the momentum after suffering major territorial loses and setbacks recently in strategic town of Baiji and the towns of Jalula and Sadia, Institute for the Study of War (ISW) said today in its Iraq Situation Report.

ISIL lost control of those towns last week to the Peshmerga, Iraqi army and Shia militias. Iran’s Quds Force, IRGC-GF and Artesh supported the operations in Jalula and Sadia, which are near the Iranian border.

Islamic State insurgents over the last two days have also intensified its attacks around the city of Kirkuk, probably to force a repositioning of Peshmerga from Diyala province. Meanwhile, ISIL fighters are engaging the Peshmerga around Mosul Dam.