Bombings in Baghdad Ahead of Ashura 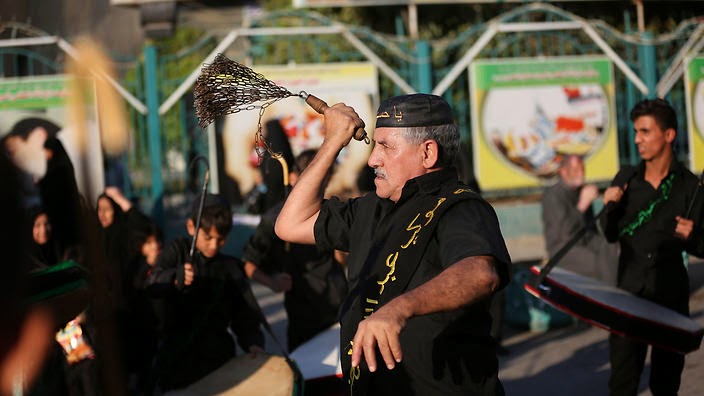 Bombings in Baghdad have killed at least 24 people, on the eve of Tasua and Ashura, among the holiest days in Shia calendar. In the deadliest of Saturday’s attacks, a suicide bomber detonated an explosive-rigged truck at the checkpoint leading to predominantly Shia neighborhood in south Baghdad, killing 20 people and injuring more than 50.

Pilgrims are taking part in Tasua and Ashura commemorations, which mark the wounding and death of Imam Hossein, one of the most revered figures and the symbol of martyrdom in Shia Islam. This year, the Tasua and Ashura fall on Monday and Tuesday of this week respectively.

Photo credit: Iraqi Shia flagellate themselves in grief during preparation for the commemoration of Tasua and Ashura. (AAP)