Britain ‘Not Optimistic’ on Nuclear Deal 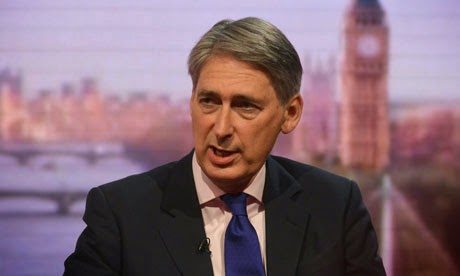 British Foreign Secretary Philip Hammond, speaking during a visit to Latvia, said today the most to be hoped for in the nuclear talks was enough progress to justify an extension of Monday’s deadline.

“I am not optimistic that we can get everything done by Monday,” Hammond said. “But I think if we make significant movement, we may be able to find a way of extending the deadline to allow us to get to the final deal, if we are making good progress in the right direction.” (AFP, 19 November)

“There will need to be some considerable further flexibility shown by the Iranian negotiators over the next four or five days if we are going to get to that deal,” Hammond added.

Meantime in Washington, Deputy National Security Advisor Tony Blinken told Congress on Wednesday that reaching a comprehensive deal with Iran by Monday’s deadline will be difficult, although not impossible.

“Right now, I think it’s going to difficult to get to where we want to go. It’s not impossible,” Blinken said. (AP, 19 November)

Blinken made the comments during his confirmation hearing to become the next deputy secretary of state.  He put the onus on Tehran to achieve an agreement.

Reaching a deal “depends entirely on whether Iran is willing to take the steps it must take to convince us, to convince our partners, that its program would be for entirely peaceful purposes,” Blinken said. “As we speak, we’re not there.”