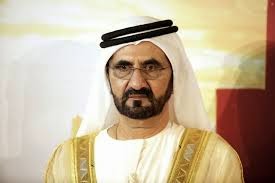 UAE VP and Ruler of Dubai Sheikh Mohammed on Tuesday received a letter form Iranian President Hassan Rouhani on the plunging oil prices and the need to stabilize international oil markets. The letter was handed over by visiting Iranian Oil Minister Bijan Zanganeh during a meeting with Sheikh Mohammed in Dubai. No further details were available. (The Gulf Today, 19 November)

the oil markets are as stable as always.

they are functioning perfectly well with a greatly reduced Iranian participation.... and almost all nations are benefitting.

it turns out that the Iranian government greatly overestimated the importance of Iranian oil supplies and also greatly erred in gambling that without Iranian oil prices with spiral up.

Oil is still the life blood of Iranian economy. Hopefully oil prices should come down even further so that this barbaric regime feels the wrath of the Iranian nation. As the old saying goes,"every dog has it's day". And time as you know is on the people's side.

AnonymousNovember 19, 2014 at 7:55 AM
Yes and most of the people seem perfectly happy with the current system

Really Anon 11:01 AM? Do you think the people are happy with the current system? Is that why the paranoid regime has thousands of their goons on stand by in case the so-called perfectly happy people decide to rudely awacken and put your theory to test?

AnonymousNovember 19, 2014 at 8:30 PM
Irans economy seems to be doing fairly well as for irans so called "international isolation" last time I looked iran wasnt that isolated despite all the wests claims,the 120 non aligned nations support for irans nuclear program being a good example of how un isolated iran is,you seem to think that ordinary iranians will blame the government rather than the west for its sanctions and threats,that seems like a lot of wishful thinking on your part

AnonymousNovember 19, 2014 at 6:15 PM
So where exactly are these "thousands of their goons on stand by" ?,and if the system is so unpopular why was there such high turnouts at the elections? why did people not boycott them or deface their ballot papers in protest?,instead we saw turnouts that would`ve made any western politician very happy.If the system is that unpopular then why have their not been any protests on the scale of egypt or bahrain?,the simple fact of the matter is that iran has already had its revolution back in 1979 and most people seem to be fairly happy with the outcome