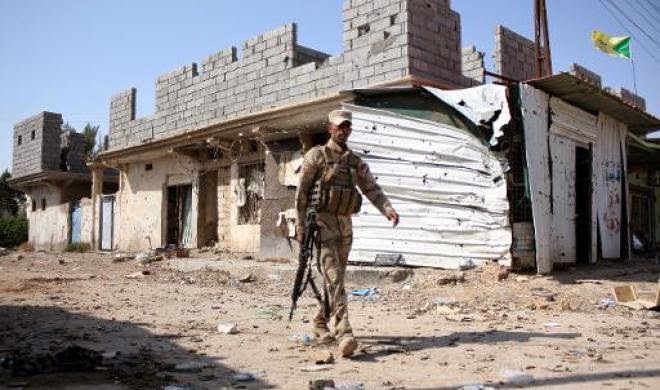 An investigation by the office of Iraq’s new prime minister, Haidar al-Abadi, has uncovered the existence of 50,000 “ghost soldiers,” equivalent to almost four Iraqi army divisions.

“Over the past few weeks, the Prime Minister has been cracking down to expose the ghost soldiers and get a handle on the problem,” said Rafid Jaboori, the spokesman for the PM. (AFP, 30 November)

The investigation started with a thorough headcount during the latest salary payment process.

“There are two kinds of ‘fadhaiyin’,” a senior officer told AFP, using a word which means “space men,” which refers to the fictitious soldiers on the payroll.

“The first kind: each officer is allowed five guards. He’ll keep two, send three home and pocket their salary or an agreed percentage,” the officer told AFP. “Then the second and bigger group is at the brigade level. A brigade commander usually has 30, 40 or more soldiers who stay at home or don’t exist.”

Meantime, Prime Minister Abadi said today in Baghdad that he will not go ahead with planned increase in taxes and customs duties before reviewing the system and eradicate corruption. Otherwise increases go to corrupt pockets, Abadi added.

the interesting thing is that the 50,000 fictitious soldiers were the best men in the Iraqi armed forces.