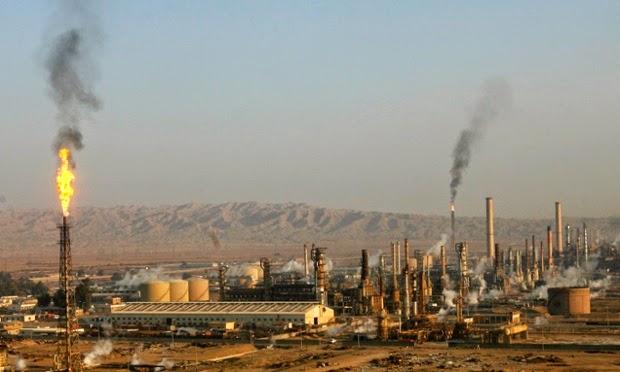 Iraq’s security forces have broken a months-long siege by the Islamic State insurgents of the country’s largest oil refinery in Baiji. The victory came a day after Iraqi forces liberated the nearby town of Baiji, the largest town they have recaptured since IS-led insurgents swept across Iraq’s Sunni heartland in June.

Meantime, General Martin Dempsey, the chairman of Joint Chiefs of Staff, arrived in Baghdad today for talks with Iraqi officials on military operations against the Islamic State. This week, General Dempsey told a congressional panel in Washington that American ground forces might have to be deployed in Iraq to assist Iraqi forces in liberating Mosul, the major city overran by IS in June and their capital since then.