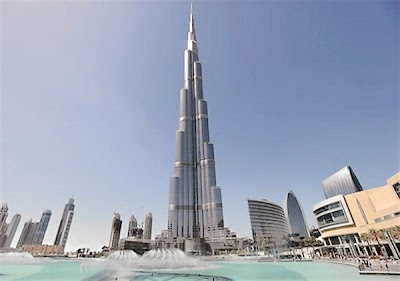 Iranians were the second largest buyers of luxury apartments and commercial space in the Burj Khalifa, the world’s tallest building in Dubai. 358 Iranians purchased the apartments in the first half of 2012 at prices around $1,000 per square foot. The great majority of transactions involving Iranians were in cash. (Indians were top buyers.)

Dubai property market shows sign of stabilizing, albeit slowly, after prices fell by more than 60 percent from their peak in 2008. Foreign buyers have purchased more than $8 billion worth of property in Dubai in the first six months of the year.

2011-2012 Shorting the Rial has been a one- way trade... to the bank. Iranian wealthy leaving with assets before regime collapse 2013

Iranian peoples money built Dubai and made the Arabs rich.
While our country is left behind in the dust because of some backward Islamic fossils.
Sanford I somehow agree with you but the rich you mention are the rich that support the Islamic fascist theocracy.

If you think the regime will collapse in the year 2013 then you're in for a rude awakening.

"Iranian peoples money built Dubai and made the Arabs rich."

If I had a penny for every time some lazy dumb Iranian made an idiotic boast, I'd be rich.

If you think the regime will collapse in the year 2013 then you're in for a rude awakening."

Maybe or maybe not Sanford was a bit optimistic as regards the exact time. But never the less the regime will collapse.

You dummy,UAE oil and Indian slave labor is used to build the buildings on sand so they can sell for huge profits to Iranians that are desperate to invest in.
Next time read properly before you write your trash in this blog.

Major Western private client principals have been advising wealthy Iranians for several years, upon request, in how to manage wealth around sanctions that ramped up to extremes a couple of years ago. This was all open info and legal. "1%" Iranians knew what was approaching... as sanctions continue to bite down on system, poverty will ensue, the Iranian man on the street will be calling for the heads of regime. If regime would cooperate on weapons program, this failing economy would be mended, and Iranian public knows this. Oil industry is in linear decline... investment will decline, followed by continued revenue collapse... this results in ever larger percentage of remaining Iranian wealth going into military and clerics treasure.
Regime may speak differently, however present facts on the ground prove otherwise. Iranian people are now in decline under this regime.

Iranian culture and its people have been in decline since the advent of this Islamic terrorist theocracy.

@Anon 4.10
Your comment will serve as a representation of racist views still held by many Iranians. FYI, these views are becoming outdated in the 21st century.
If you want to wait for your aryan genes to kick in to achieve success, you might end up waiting a long time.
That's why many Iranians love this country, the USA, where we can achieve anything, regardless of what gene pool we come from, and people like you can't stand in our way.