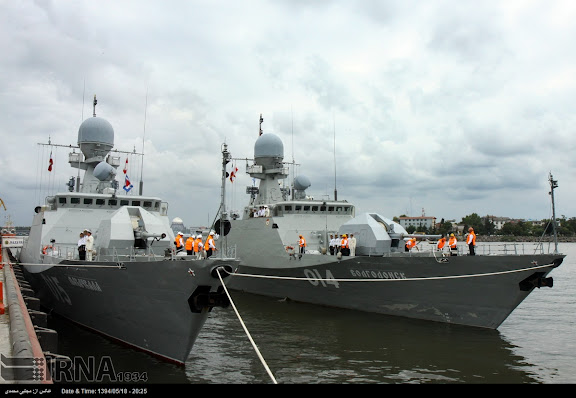 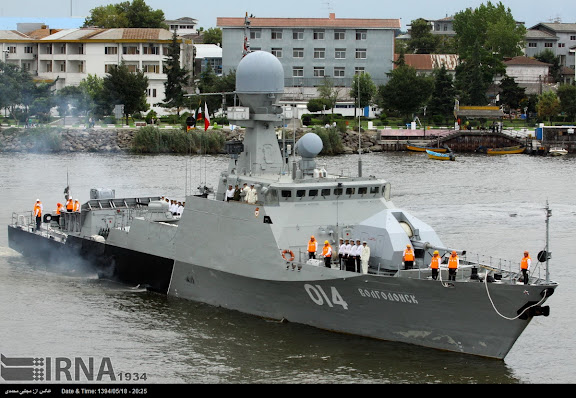 One of a series of photos depicting RFS Volgodonsk arriving at Bandar Anzali, Iran 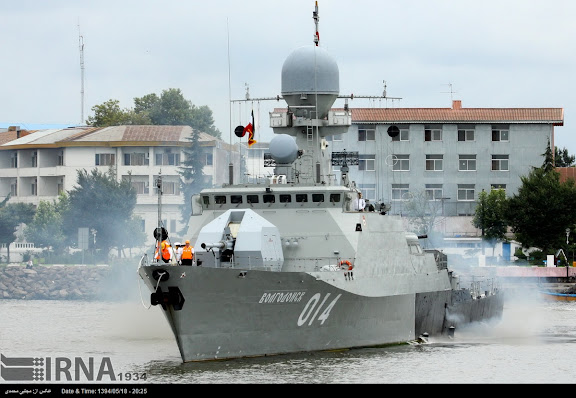 RFS Volgodonsk, maneuvering in the port waters of Bandar Anzali 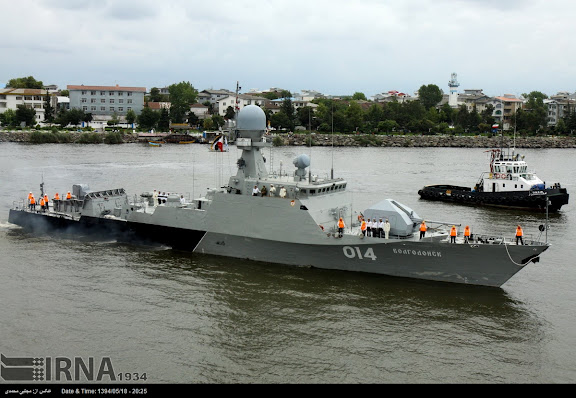 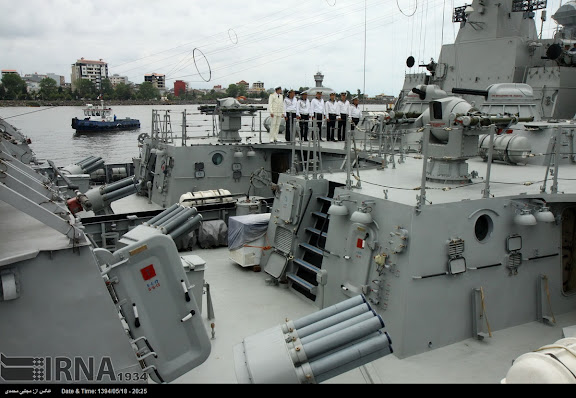 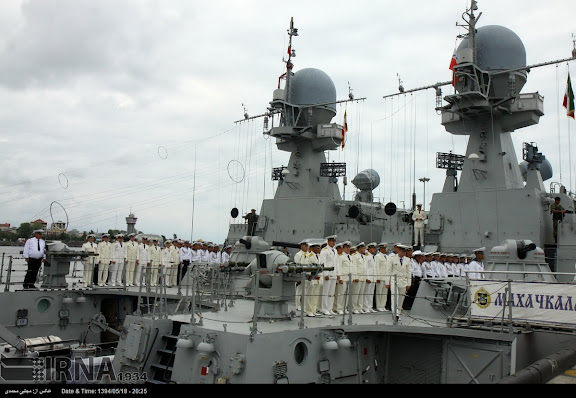 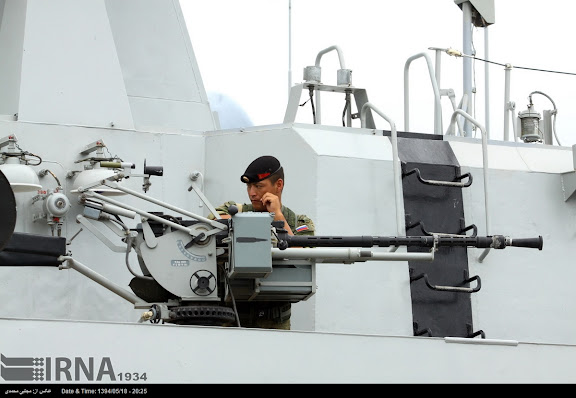 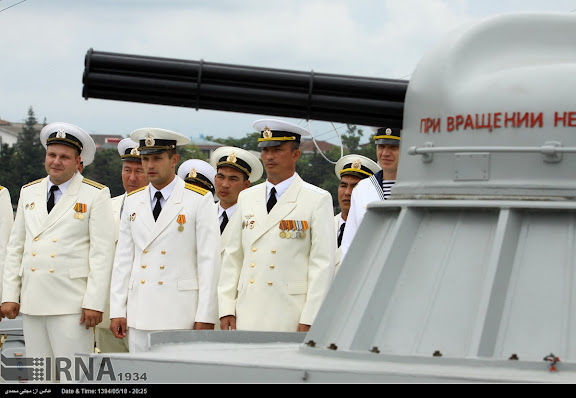 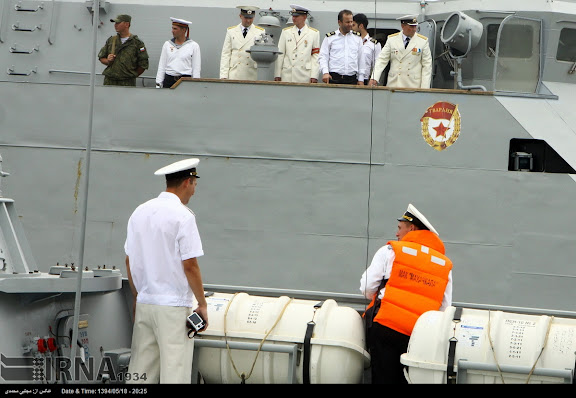 "Guards" designation emblem on the upper hull side of RFS Volgodonsk 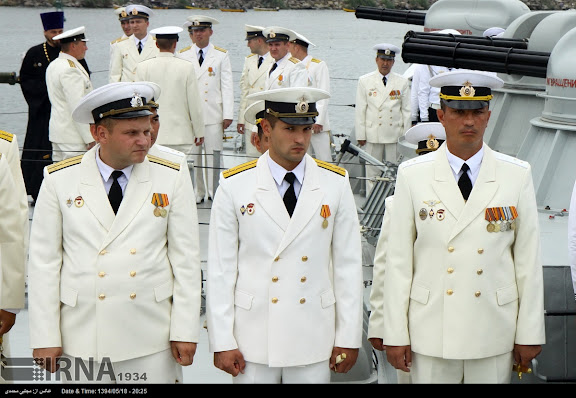 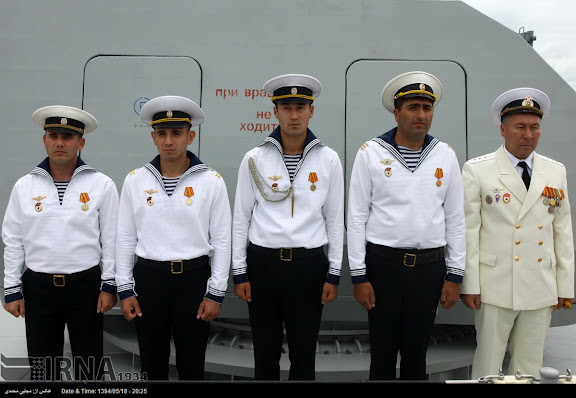 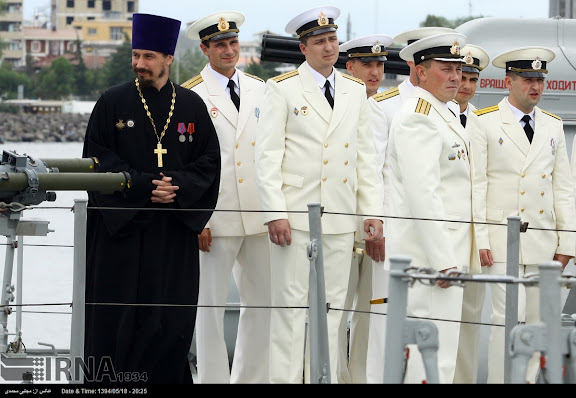 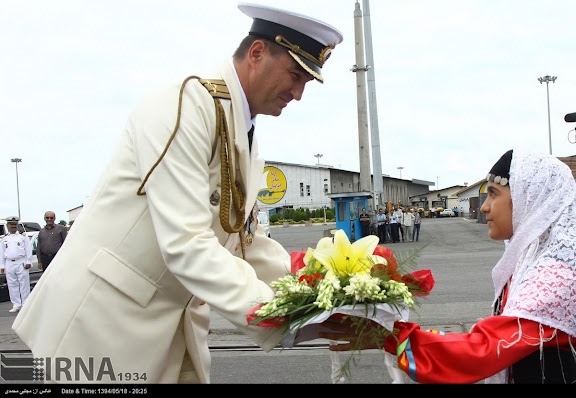 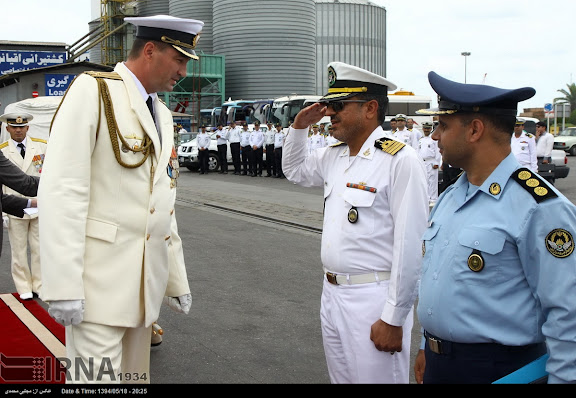 I'm hoping I have the Russian first captain's name correct as I'm relying on the accuracy of Iranian media for such.

Nader, Mark notice the shikam busting out for the IRI naval officers in the last pic. We have been feeding them too much kebab over the last many decades.

Why do Iranian naval vessels look so dilapidated and deprecate compared to the visiting vessels? With all the bravado that this regime uses about their "defense" achievements, when compared to other navies, they can't even build rust-proof ships, and the sheet metal looks dented and aged. Where does this country spend its defense budget?

The pictures doesn't show any Iranian vessel? What are you talking about?

Anon 12:17 AM
Simple answer really.The greatest part of the defense budget is primarily aimed at internal security of the system in charge.What that means is that the biggest fear of the authorities is the people within its borders.The rest can just go and rust.

God bless the Russians and Iranian as well !!!

There is no fear on the people within the border. The system automatically detects and dampens any movement! You don't know Mullah distributed system and don't know what you are talking about! Mullah is a master of PR and spin.

There are no IRIN naval vessels in those pics, the only Iranian vessel visible is a single tugboat!!!

Those so called dented sheet matal belongs to the Russian vessel.

In the past this site has shown Iranian vessels. That's what I am referring to.

On the contrary I know what I'm talking about.Mullah understand one language and that is force.Anybody that lives within the country knows that they are big time liars.Despite the so called "master of PR" one has to be a complete idiot to believe a single word these charlatans say.People have only themselves to blame for all the ills of the country.

If that's the case then why have tens of thousands of armed basij and IRGC to thwart the people with?

"The system automatically detects and dampens any movement!"

And how do you suppose they "dampens any movement"? By using their goons the basij and IRGC !

"Mullah is a master of PR and spin."

No they are not. That's why they rely on basij and IRGC to temporary thwart any opposition movement against it. They are just plain brutes.