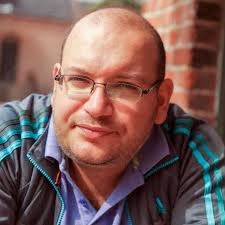 Jason Rezaian, the Iranian-American correspondent for the Washington Post in Tehran, today was charged with espionage and collaboration with “hostile governments,” and will face a so-called trial in a revolutionary court. The Washington Post branded the decision to charge Rezaian absurd.

The 39-year old journalist has been held for 9 months in solidarity confinement in Tehran’s notorious Evin Prison. The charges against Rezaian reportedly include espionage, gathering classified information, and disseminating propaganda against the Islamic Republic.

Rezaian’s lawyer, Leila Ashan, said the file against her client contains “no jurifiable proof,” and that she has seen no legal reason to continue his detention.

“(Rezaian) is a journalist and the nature of his work to have access to information and to publish it,” Ashan said. “He had no access to confidential information, directly or indirectly.”  (AFP, 20 April)

“The grave charges against Rezaian that Iran has now disclosed could not be more lucicrous,” said Washington Post’s executive editor Martin Baron. “It’s absurd and despicable to asset, as Iran’s judiciary is now claiming, that Jason’s work first as freelance reporter and then as The Post’s Tehran correspondence amounted to espionage.”

another stinking case where the Iranian injustice system arrests someone, lets them rot in prison, then decides what they'll convict and try the person for.

even kangaroos shouldn't have to appear in Iranian courts.

Let's hope now that Rezaian has been "charged," the judiciary/government can release him, as done in previous similar cases of "espionage," and allow him to leave the country.

they won't release him until after the negotiations are concluded.

they will continue to pervert justice.

There is no justice under the Shotor Gav Palang system of Dictatorial Theocracy. One look at the Unelected Leader for Life Khamenei and his rubber stamp Tahveleh Majles proves my point. Which normal country uses gangs of armed thugs under the command of the criminal system of the IRGC to intimidate the population with? As long as this corrupt and criminal system remains in Iran Zamin expect more of the same day in and day out.

AnonymousApril 21, 2015 at 1:01 AM
I really hate to break this to you but an awful lot of countries judicial systems work just like that,people can often spend long periods in remand or detention waiting to be charged or tried,it doesnt make it unjust or a "kangaroo court"