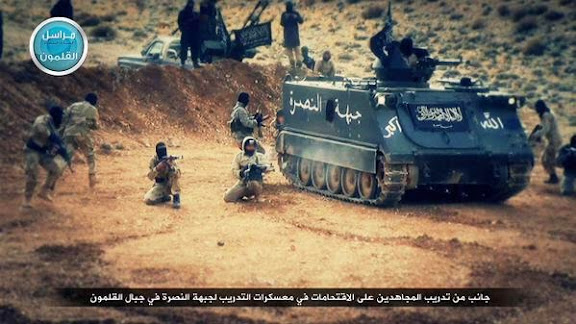 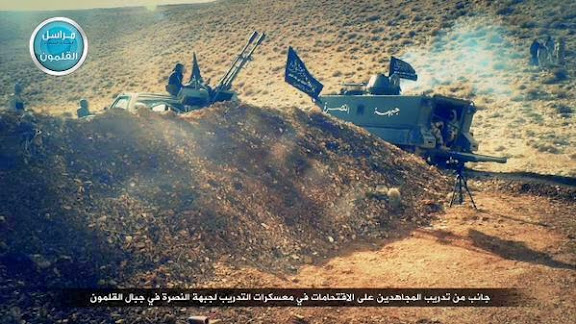 I'm still trying to get my head around the difference between JAN and IS. Ideologically speaking. What should I be reading? I understand they have clashed in the past. Are they likely to be allies then enemy's or vice versa?

I don't get it. Syria doesn't operate U.S weaponry, does it? Where did Al-Nusra get these armored personnel carriers from? Iraq, maybe?

ISIS is more ruthless and more hollywood, so to speak. Also, Al-Nusra is mainly composed of Syrian Jihadists, whereas ISIS is multinational.

And they were able to transport them from Lebanon to Syria?

The Hezbollah might have some in Syria. But I have no idea how they got it.