Aircraft from where above photo was taken inside appears possibly to be a Mahan Air Airbus A310-300 series. 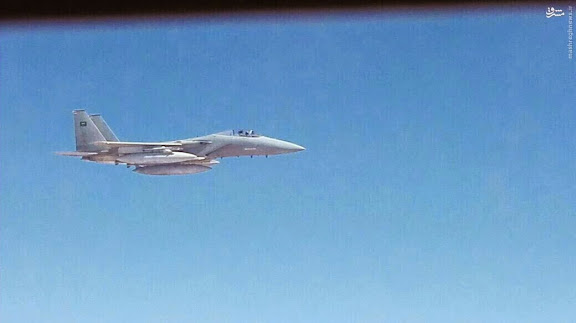 Brigadier General Ahmed Asseri, spokesman for the Saudi-led coalition, told Reuters that Sana'a International Airport was bombed after the Iranian aircraft "refused to coordinate with the coalition" and the pilot ignored orders to turn back. Iranian state news agency IRNA, confirming the incident, said the pilots had ignored "illegal" warnings from Saudi jets to turn back before the runway was bombed. [source: Reuters] 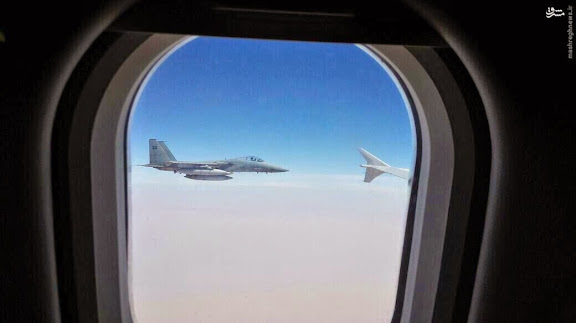 Photo published by Mashregh News claiming to depict the view from inside the commercial jetliner, as it was intercepted by RSAF McDonnell Douglas F-15C Eagle fighter aircraft. 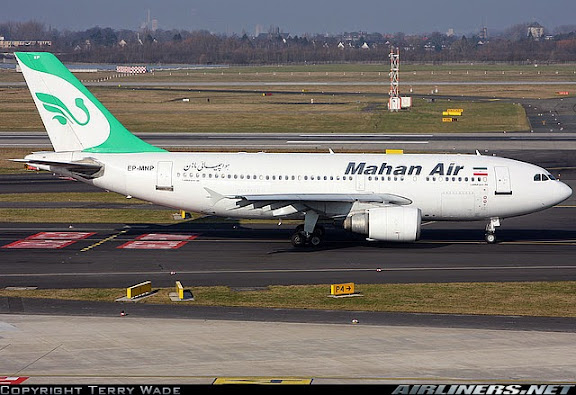 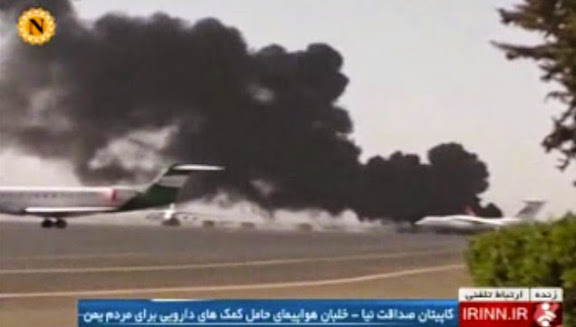 Video still from IRINN depicting 28APR15 attack by Saudi-led coalition tactical aviation on Sana'a International Airport. At left is a Felix Airways Bombardier CRJ-702ER regional airliner, while its sister aircraft can be seen in the distance ablaze. Two Ilyushin Il-76 "Candid" strategic airlifters are also visible in the imagery. 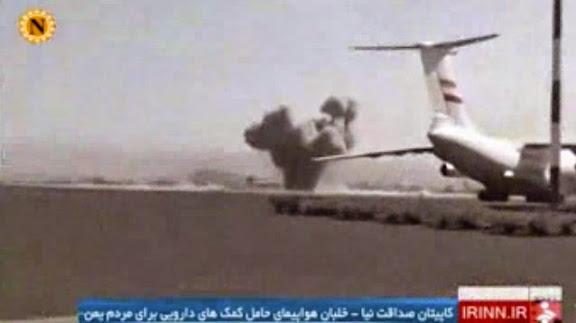 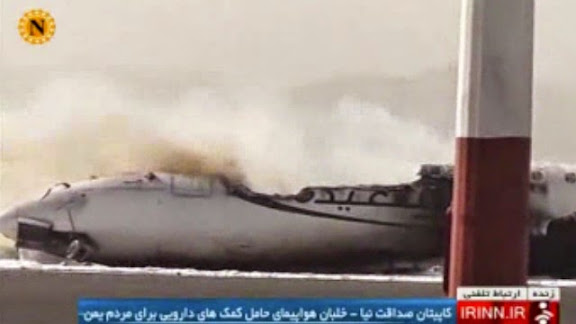 Thanks. As usual very informative. Not so usual is the sloppiness in details. The heading picture is an F16 not a F15. I may be being pedantic. I admire the standards of this site. Such a glaring mistake is more usual in News Ltd media.

Now I should apologize for my sloppiness. My pedant-ism got the better of me and in my post i had my 15's and 16's all mixed up too!