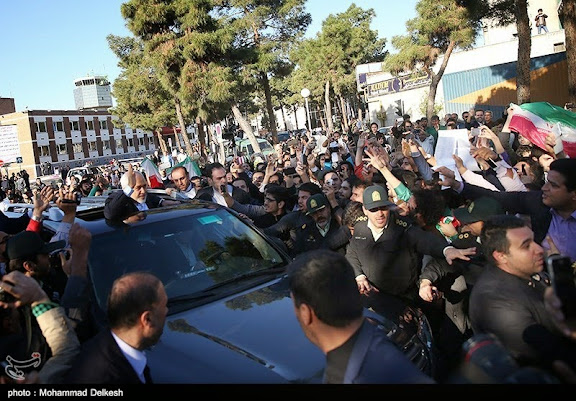 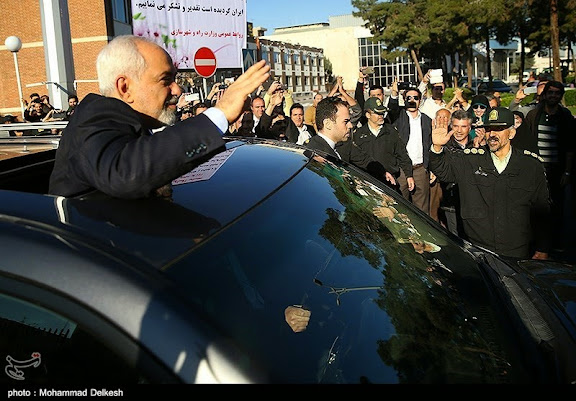 Among assigned security for Zarif's passing motorcade can be seen a supportive, waving NAJA colonel, and a NAJA brigadier general 2nd class.

NAJA is the Persian acronym for the Law Enforcement Force of Islamic Republic of Iran. 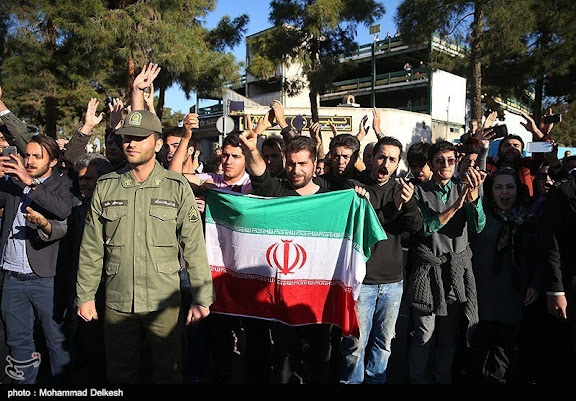 Well-wishers of Foreign Minister Zarif include a flag-bearer of the Islamic Republic, alongside regardful NAJA  second sergeant major.