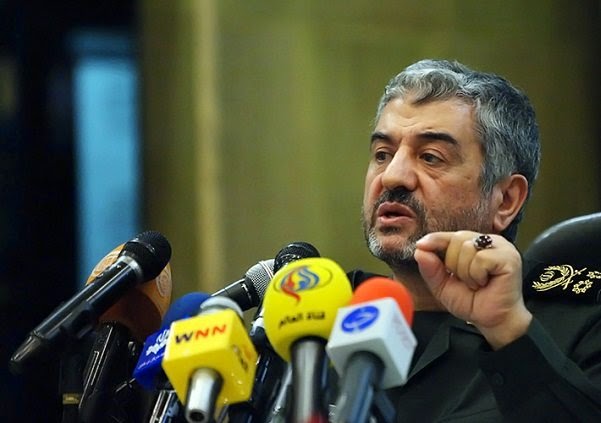 IRGC Commander General Mohammad Ali Jafari today publicly endorsed the Lausanne agreement on the country’s nuclear program. He framed his support for the agreement under a declaration of victory by Iran.

“The Iranian nation’s resistance to the U.S. thwarted Washington’s robust options for imposing its will political will on the Islamic Republic of Iran,” Gen. Jafari said. (IRNA, 7 April)

Jafari praised the efforts of the Iranian negotiating team in Lausanne, but warned of a “difficult path” ahead in future talks with the U.S.

He is just following the line although I gather these people are against sanctions etc as they are profiting handsomely from access to cheap dollars and flogging goods at inflated prices to masses. From Khamenei and his sons to others they are all in the same game. However, because of popularity of the agreement they cannot speak out loudly against it. On the other hand, they know that it will take years to remove the sanctions and in the meantime they can carry on profiting. The real users are Iranian people who have to earn meager salaries in tomans and buy basic third world junk consumer goods in dollar equivalent of toman. Yes that is what is called the resistance economy!

Thirty six long years of holo bolo and drum beating by the Islamists and their cheerleaders,so that it could end like this.It's not that different from the Turkmenchay treaty by handing a part of Iran's carcass over to the foreigner. The meaning of mullah and made in Britain by simply looking under their beards rings very true.