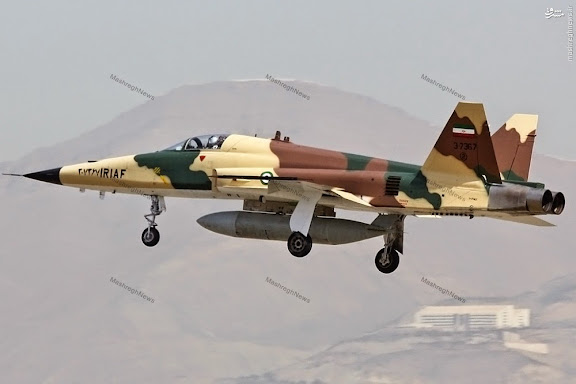 According to aviation writer Babak Taghvaee, all IRIAF F-5E Saeghe aircraft have recently been painted in Asia Minor II colors; with a formation flyby planned for this week's Iran Military Day, led by the IRIAF F-5F Saeghe II. 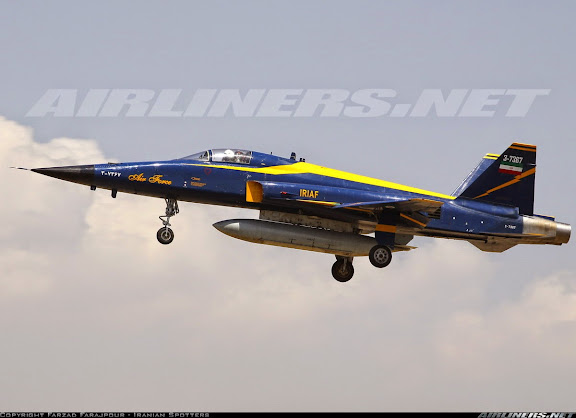 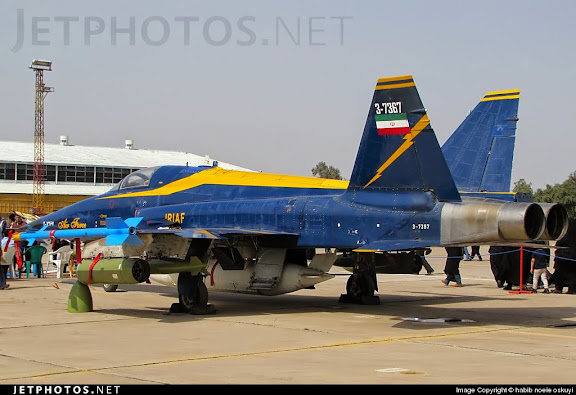 not yet 50 years old, and with swell new paint jobs!!!

does Iran's military still operate any of their updated Heinkel He 51s?

There are a number of current F-5 operators including Taiwan, Singapore, Switzerland, Morocco, Chile, Malaysia, Brazil, Turkey and more.

they are indeed nice old planes. I would like to have one for display in the barn in my country home.

Turkey uses them as training aircraft. they rely on F16s for anything real.

Agreed, but Turkey still uses F4s for a lot of things real, including but not exclusive to, SIGINT and recon. Same for Germany and Japan that extend its role for air-to-ground precision bombing and some air-to-air configurations. And Iran has plenty of heavily upgraded versions of its own probably on par with them thanks to external assistance and its own engineering capabilities honed over the years working on these birds since the Iran-Iraq war. These F-5s are more of an experimental squadron project for advanced pilot training and CAS missions, which they will have no problems executing once fitted with the right targeting pods and PGMs that Iran is known to possess and produce.

For anything more "real" as you put it, there are plenty of modernized F-14AM, Mig-29S and the aforementioned F-4 to do the job from a defensive posture well inside Iran, close to CGI, air defense quadrants and proximity to their home bases by contrast to attacking planes on their last leg of fuel with not much room to maneuver.

All in all, these F-5s are part test-bed, part training planes and part limited strike missions on undefended foes like ISIS in Iraq, nothing more serious than that. Nothing like competing with 4+ generation planes, the IRIAF has enough of other assets for that.

What's up with Iran and its infatuation with antiquated defense technologies ? fresh camp paint job on a sixty years old airplane is like putting lipstick on a pig .: it won't change the underlying fundamentals .