Saudi Arabia Not at War with Iran – FM 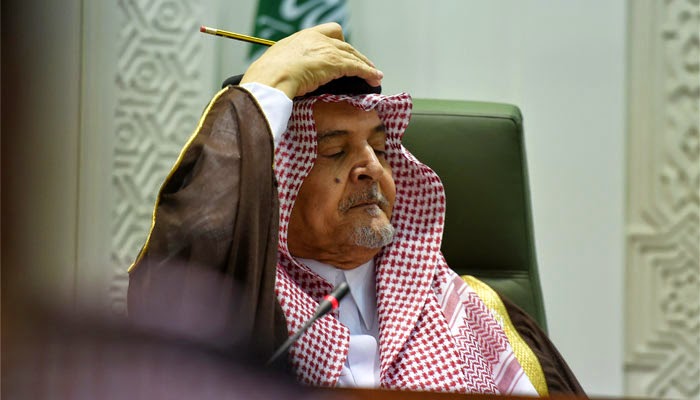 Saudi Foreign Minister Prince Saud al-Faisal said today his country is not at war with Iran over Yemen and Tehran should stop supporting the Huthi insurgents.

“Unless Iran thinks it is suddenly become part of Yemen, we are not at war with Iran,” Prince Saud said at a press conference with his French counterpart Laurent Fabius. (AFP, 12 April)

The Saudi foreign minister added that Tehran should not support the activities of the Huthi insurgents “against the legitimate order of Yemen and to stop delivery of weapons and aid” to the rebels.

Saudi Arabia leads a coalition of Arab countries that since 26 March has carried out airstrikes against the Huthi (AnsarAllah) insurgents. They took over the capital Sanaa and government institutions in September and have rapidly expanded their control over other parts of Yemen. The Huthis are now engaged in fierce combat in Aden, Yemen’s southern capital, against Sunni militias.

Well despite his idiopathic disorder he appears to have a cooler head than Ali Khamenei these days :)

I think he is right, maybe his advisors have helped him. Saudi Arabia is indeed at war with Yemen and as Yemenis have nothing to lose (their entire country as been bombed by Saudis) they will make sure they take the Saudis with them down. I strongly believe this is the last war Saudi Arabia will ever need to fight as after this it will either lose and go into semi civil war state or be so weak it cannot fight another war. So indeed good analysis from the Prince!

You are absolutely correct. This Saudi insane war on Yemen's poor civilians has been a military and political disaster and utter humiliation. No body ever wins in Yemen.