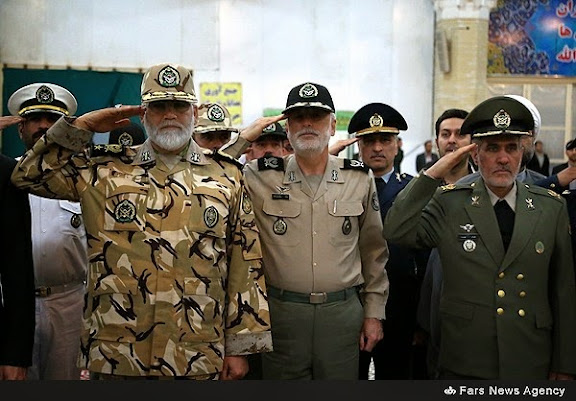 On the topic of the current conflict in Yemen, the commander of Iran's Army ground force (NEZAJA) Brig. Gen. Ahmad Reza Pourdastan this week stated, “Despite Saudi Arabia’s airstrikes on Yemen, it should be noted the result of this war will not be decided in the air. The country of Yemen has strong ground forces, therefore this conflict will be determined on the ground.” Pourdastan added, “Saudi Arabia’s aggression against Yemen will clearly confront defeat; its [the intervention’s] consequences over the past two weeks are clearly to be seen.” [source: Mehr News] 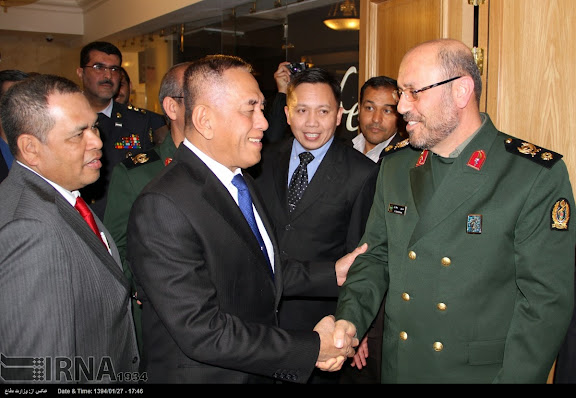 Above: Defense Ministers Dehghan and Ryacudu at the Moscow Conference on International Security

At a security conference in Moscow on 16APR15, IRGC Brig. Gen. Hossein Dehghan, Iran’s defense minister, stated, “The Saudi government, which undertook this military invasion with the help of America and Israel and intelligence help from some regional countries, will not only achieve its own illegitimate goals, but has provided the grounds for its own collapse and irreparable failures and a similar fate of that of Saddam [Hussein] awaits it.”

He added, “The Saudi government should know that by supporting financially, logistically and by training of takfiris and terrorists in Syria, Iraq, Afghanistan, Central Asia and the Caucuses, and attacking Yemen while preventing humanitarian aid, will not turn it into an important country in the region.” Dehghan went on to say Saudi Arabia will become an important country in the region when it can unite Muslims and bring together the different sects, given that they are the custodian of the two holy mosques in Islam. [source: Al-Monitor] 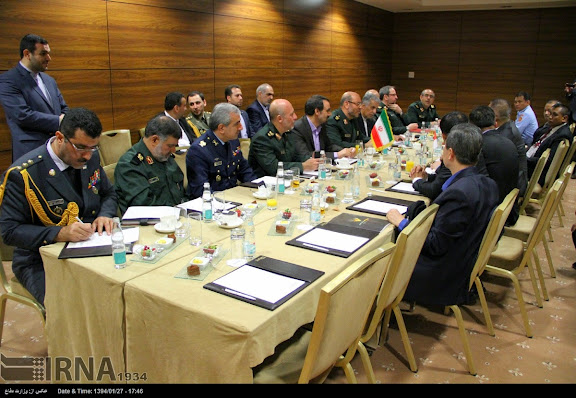