Ansarullah forces with T-62 tanks, at Presidential Palace in Aden 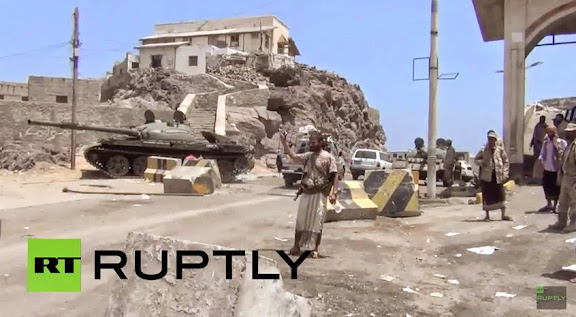 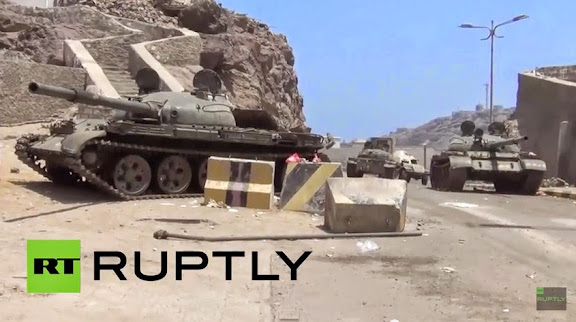 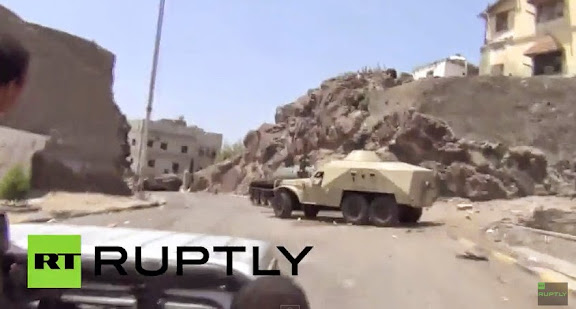 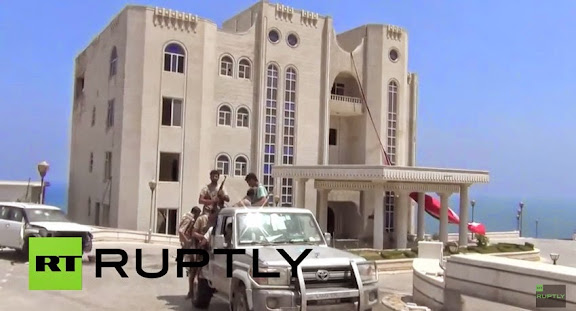 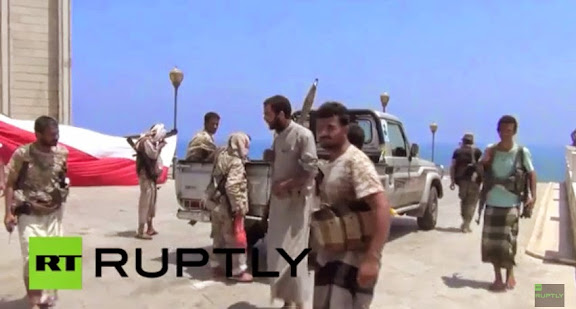 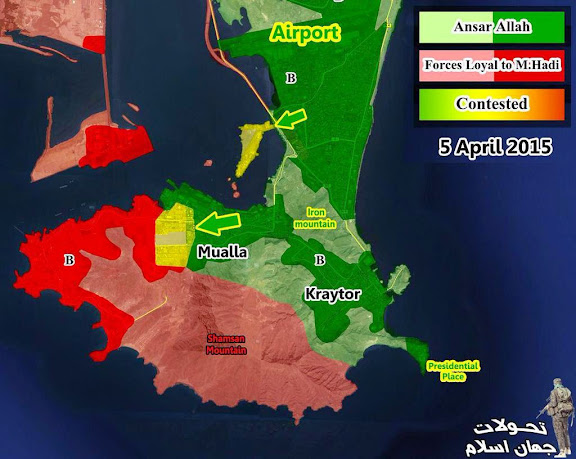 Map approximation of control zones for 05APR15 at Aden, Yemen
Posted by Mark Pyruz at 1:00 AM

The Huthis (Ansarallah) are now in control of much of Aden and Saudi-led airstrikes appear to have minimal effect on the situation. With the imminent capture of Aden, the Huthis will be the new rulers of the country. Conflict in Yemen will continue however, with the danger of escalation in the fighting across the country in the coming days. This is a tragic situation, and is becoming a humanitarian disaster.

The AnsarAllah are some of the toughest fighters in the world and the Saudis have picked on the wrong people.

Some politicians in Islamabad have announced that Saudi Arabia's safety is a top priority of Pakistan. Pakistanis say that they will counter any Iranian aggression, that is, if Iran sends its military to Yemen or in any way provide direct/indirect fire support to the Houthis. No wonder they would make such a statement seeing how Saudi Arabia is gifting Pakistan $1,5 Billion per year in economic aid. The whole Middle East could be dragged into a wide-scale war because there is a real danger for escalation between the two major rivals in the region (Saudi Arabia and Iran), going beyond the scope of proxy groups, which could possibly lead to direct military action between the Arab countries joined by Pakistan on one side and Iran on the other. And as we know and as history has proven, wars begin with a blink of an eye, but then it takes a miracle for it to end.

they die just the same as everyone else