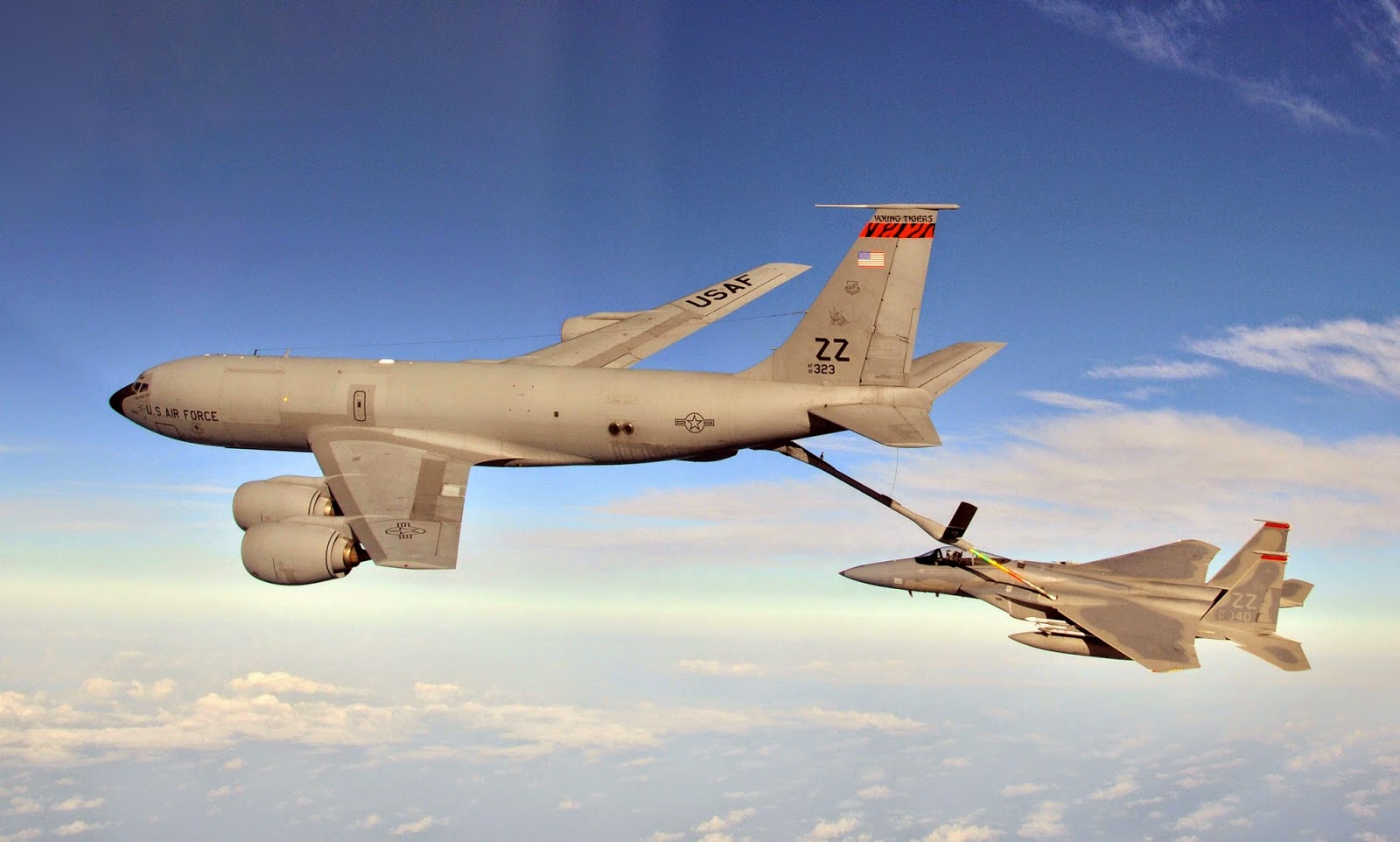 The Pentagon has also approved limited logistical and intelligence support for the coalition that is striking at Iran-backed Huthi insurgents. U.S. Central Command has also assigned a dozen service members to a “fusion center” to work along Saudi-led coalition officers and coordinate the limited U.S. support, which includes some weapons shipments for the coalition’s air campaign, the Pentagon said. (Military Times, 8 April)

File photo: An F-15C Eagle is refueled by a KC-135 Stratotanker (Wikipedia)

Very good news and thanks for sharing as it will give Russia and China the approval to help Iran in the region more actively. We will soon see full scale proxy war where the main global players are no longer watching but actively assisting their regional fellows!