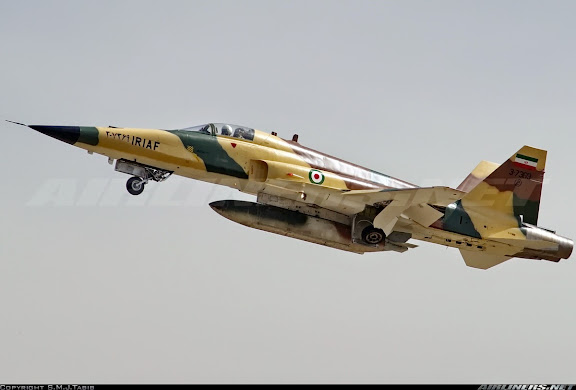 During the run-up to the 2015 Iran Military Day, imagery of another IRIAF Saeghe has turned up in Asia Minor II upper-surfaces camouflage scheme. This aircraft  is Northrup (HESA) F-5E Saeghe, serial 3-7369 (cn S110-004). 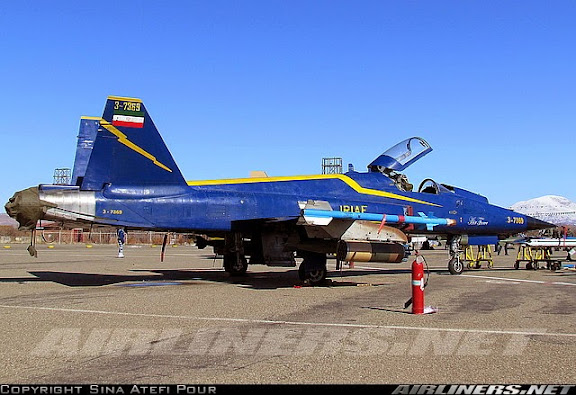 Saeghe serial 3-7369 as it appeared in its original demonstrators colors during an airshow on 04FEB15 at Tabriz/Shaheed Fakouri TFB-2 [photo: Sina Atefi Pour]