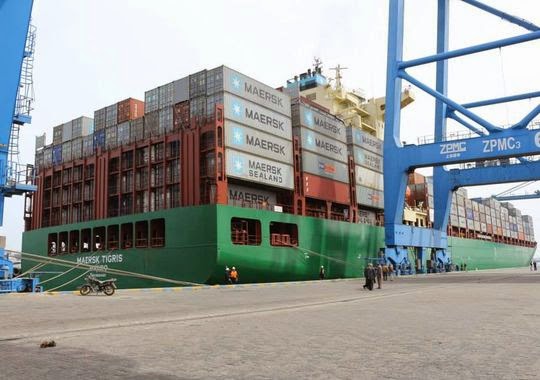 Iranian patrol vessels today fired shots across the bow of a cargo ship flagged to the Marshal Islands, forcing it to travel into Iranian waters. There are still gaps of information about how the incident began. The Iranian forces then boarded the cargo ship, the Maersk Tigris. The incident occurred at around 1:30 pm local time (5:00 am EST).

After receiving a distress signal from the Maersk, U.S. Central Command’s Naval Forces Central dispatched the destroyer Farragut to proceed to the location of the vessel and dispatched a maritime patrol and reconnaissance aircraft to observe the situation, the Pentagon announced. (Defense News, 28 April)

Marshal Islands have security and defense arrangements with the U.S. But there were no American citizens onboard the vessel, which has a crew of 34. The ship was traveling from Jeddah in Saudi Arabia to Jebel Ali in the UAE. It was now in the vicinity of Iran’s Larak Island in the Strait of Hormuz.

Factors that could have affected Iran’s highly unusual decision to seize the cargo ship were not known at this time. Last week, the U.S. Navy blocked an Iranian convoy of several freighters led by IRGCN warships suspected of attempting to deliver arms to the Huthi insurgents in Yemen. The convoy reversed course in the direction of home. Public comments out of Iran on that incident manifest a high degree of frustration, even anger, at the U.S. move. Today, the Maersk was traveling between Saudi Arabia and the UAE. The two countries are perceived by Iran as the leaders of an anti-Iran Sunnis coalition in Yemen and elsewhere.

UPDATE: Iran's official news agency IRNA reports that the seizure of the Maersk Tigris was because of an outstanding warrant by an Iranian court against the Maersk shipping lines. IRNA said the warrant was issued after a private Iranian company had filed a claim that Maersk owed money to the company.

The explanation offered by IRNA creates more questions than answers. The IRGC Navy is sent to intercept and seize a cargo ship at the Strait of Hormuz to enforce a civil law suit by an unnamed private company in Iran against a shipping giant during a tense period in the region. Highly unusual, indeed!

This article reminds me a bit of the tanker war of the 1980s.

This, (article?), situation shows that the IRi is not "a paper tiger", which only knows, as most of those preffered 'commentators' here have stated, that Islamic Republic is only able to attack a (defenseless) barge....

this is a small and sad and sick action by an Iranian government that is frustrated by a superior force and is reduced to shooting at freighters and jailing reporters from the Washington Post.

the Iranian regime is going to have to pay for these crimes sooner or later.

Infintile rhetoric anonymous 9.40pm. I think this is quite clearly a demonstration to the gulf states and America of exactly where Iran's military strengths lay. The Straights of Hormuz!

I am still waitng for the US moves to respond

Where then are your friends, who have stated to defend the 'passages' freedom' in the Straights of Hormuz......?

Barge? I'm Missing something. 'defenseless freighters'. Can't say I have ever heard that before. But seems to me just last week a bunch of freighters, not entirely defenseless, as they had two Iranian corvettes escorting them, were met by an enormously powerful fleet of American warships. And the next day, the lesser (expendable),yet clever sons of the Saudi noble tribes who pilot Royal Saudi Airforce planes suddenly managed to find their targets better than the whole previous month.Despite their ceasefire declarations. Prudently, the Iranian Armada of evil sailed home. And rationally responded by testing the air and maritime parameters of this crises. Strangely enough. Without firing a shot the Iranians have denied everyone what was denied them. That being, use of the capitols airport. And letting the mini princes and friends do the bombing. Sometimes its better to let the glutenous, gold frenzied, recently former camel herders that make up the house of Saud drink its own poison.

Yes "Barge?". That whopping waste of money that was stupidly lavished on the fake aircraft carrier could have paid for our workers who have not been paid in months or even years in Iran.There is a difference between the armada of ships carrying arms that the IRI was trying to deliver to a region in conflict like Yemen and a cargo ship heading towards the UAE for example carrying fridge freezers and Bentley motor vehicles. When it comes to drinking ones "own poison" the "camel herders" enforcement regime of the IRI should know a thing or two about that. For references kindly look up the islamic regimes dossier.

Good points, and I would like to add some other conclussions for those, who so "happily" were trying to depreciate the Russian decision to lift an embargo for the S-300 systems, because they haven't taken into a consideration that some components of the S-300 have already been utilized in the new Iranian Bavar-373 system, as well that Russia decision to lift embargo, will try to force the West for an rationale, to make and sign nuclear deal with Iran, because their option of a threat of force will not have enough teeth to go through.......

Okay the mock up carrier. Okay granted, it was perhaps a giant waist of money on a misguided Propaganda/Psych Op. I'll go along with the world wide media assumption that the Iranian freighters were packed with weapons for arguments sake. And I say so what? The GCC is actively taking part in Yemens war. While they do next to nothing in Iraq and Syria to temper their Frankenstein's. Russia air defence technology (s-300,s-400) could go along way to creating a window of stability in the region. For a period at least it could rule out an Christian/Judeo/Euro (western) conventional attack. If I was a praying man I would be praying for a comprehensive Nuclear Deal. And let the Straits of Hormuz be log jammed with honest trade. And everybody gets paid. On time and everybody gets a share of the pie. Not just insidious Princes.

Any Saudi crimes on the agenda? How's this weekend looking? Any rape victim housemaids getting stoned to death for adultry. Post shopping Saturday family matinee perhaps? Any beheadings? Always a beaut to teach family values to the little princes and princesses. Or hey if the your kiddies are still tiny just take them down for a more sedate journalist whipping. Never too early to instill the meaning of 'a tweet too much'.

The original post here was on the arrest of a Marshall Island freighters by IRGCN, not at a port which is customary in "legal" disputes, by at the Strait of Hormuz. How you link the topic to Saudi or Iranian human rights records is not clear. Not that any parties here has a stellar records on human rights!

I'm sorry Mr Uskowi. You are quite right. I have got completely off topic. And the human rights of all parties could do with a little truth and reconciliation. I have over reacted to this incident being described as another great crime by Iran. An aggressive break of maritime protocol I should have argued perhaps.

And that little truth and reconciliation commission might take up the issue of the freedom of navigation at high seas!