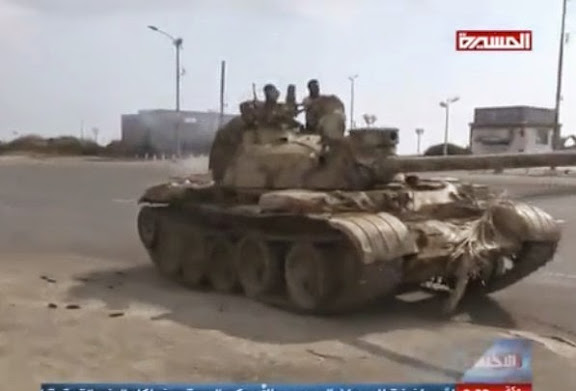 
Fighting in the Yemeni city of Aden has intensified as Houthi rebels try to seize control of the city.

Houthi rebels allied with troops loyal to the former President Ali Abdullah Saleh have reportedly advanced deeper into Aden to try and wrest control of the city from fighters loyal to President Abdrabbuh Mansour Hadi.

The BBC's Security Correspondent Frank Gardner says that if reports of rebel tanks entering the centre of the southern port city are confirmed, then the rebels will have consolidated their grip on the most important parts of Yemen.

However it is being reported Ansarullah revolutionary forces have made penetrations into Aden's urban terrain, making civilian casualties and collateral damage an increasing concern.

Yemen Army formations and some Yemeni-Sunni armed elements reportedly aligned with the Ansarullah revolutionary cause, while observers pay attention to former President Ali Abdullah Saleh for a possible flip against Ansarullah in support of Hadi. How, in the future, Hadi could be successfully rehabilitated as accepted leader of a unified Yemen state remains an unanswered question. Also, there's concern the byproduct of this Saudi-led coaltion military action serving to improve the military fortunes of AQAP. 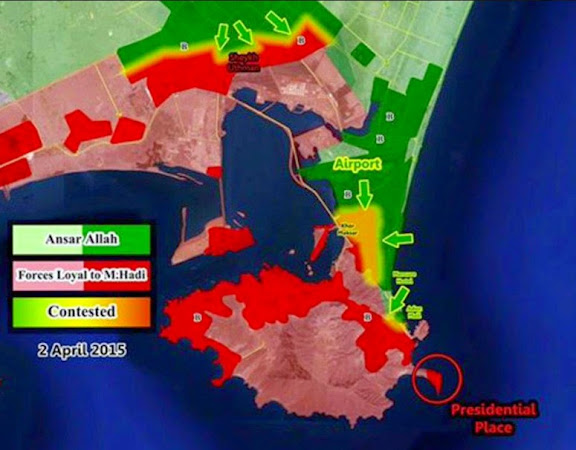 Map depiction, approximation of forces for 02APR15 at Battle of Aden 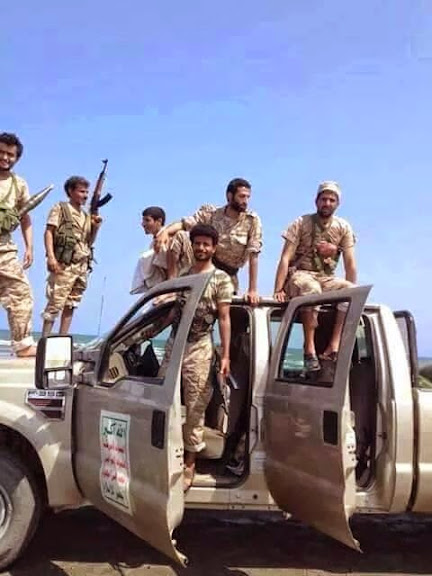 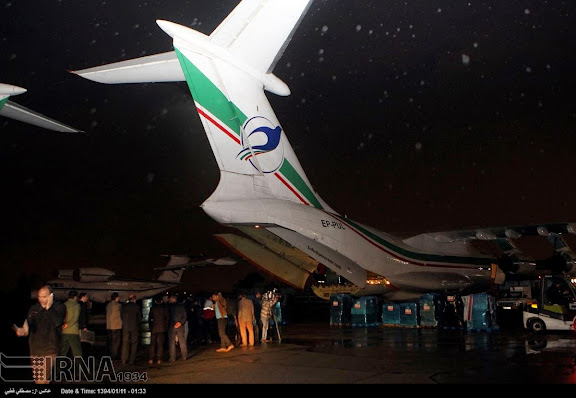 If the NYT report is accurate, it doesn't appear the military command dispute for the Salahaddin campaign and the aerial bombing of Yemen have meaningfully impacted the Iranian negotiating posture during crunch-time at Lausanne.

Do you think the objective behind attacking Ansarallah by Saudies is effecting Iran's stance in Lausanne?

https://www.youtube.com/watch?v=7VGo92WWeJ4 --- Origins of the crisis in Yemen

Thank you very much for the link it was very inflammatory. The political analyzer Mr. Shirvan is my and Mr. Uskowi's cousin from republic of Azerbaijan. However the map used was not carrying the legal and internationally accepted 'Persian Gulf' name which raises some impartiality issues. Thanks again for enlightening.

Nothing wrong with Mr Shirvan's analysis, it seemed impartial and objective, even though the term "Persian Gulf" was inexplicably absent over that body of water.