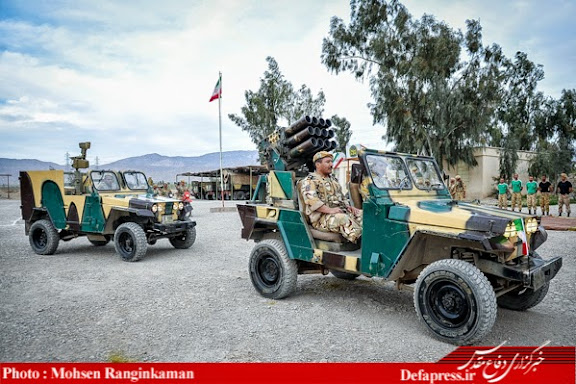 Note: the Safir tactical vehicle is now thoroughly battle-tested during allied deployments in Iraq against ISIL. 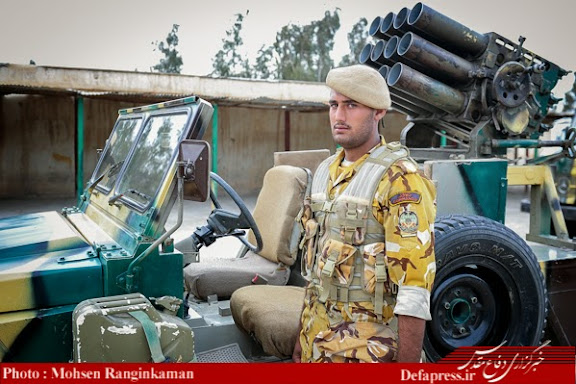 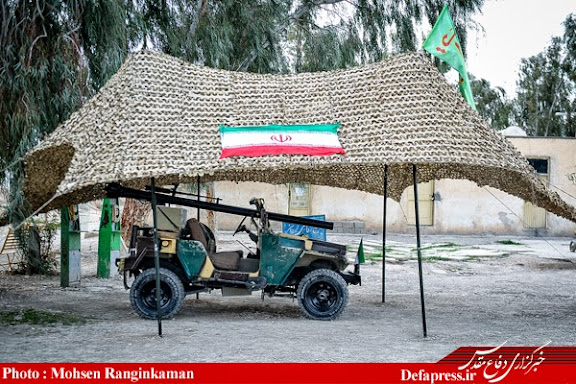 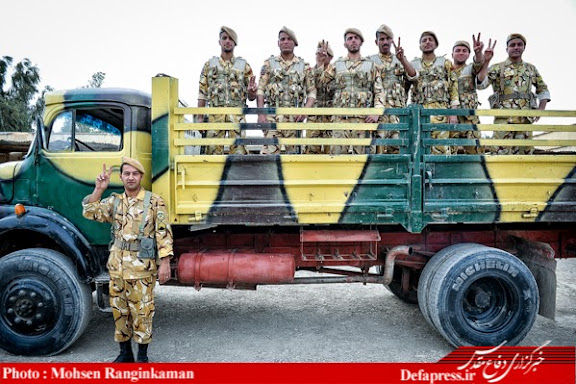 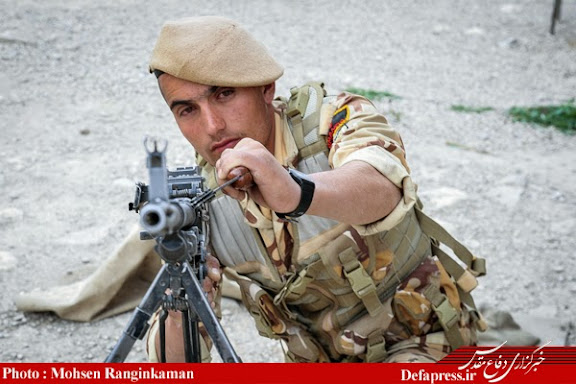 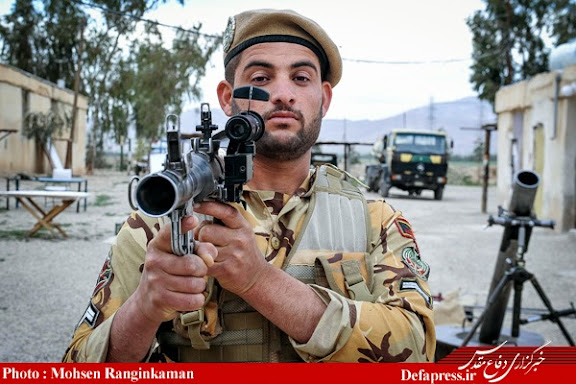 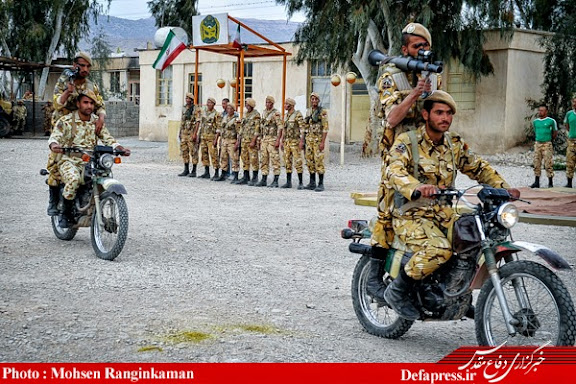 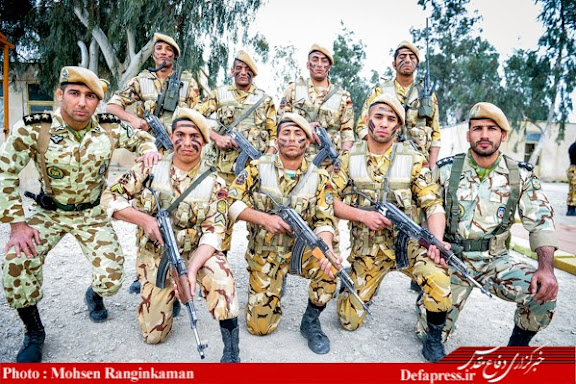 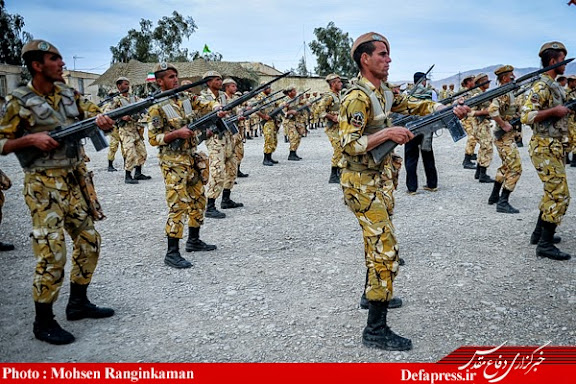 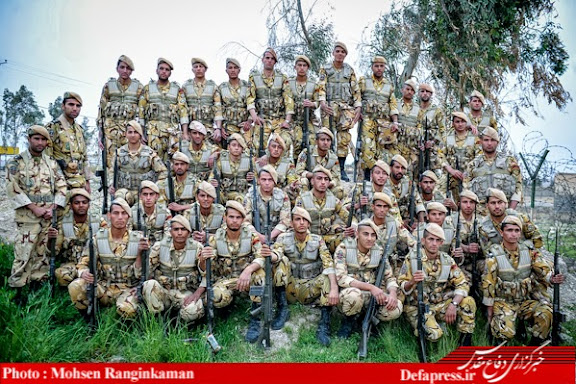 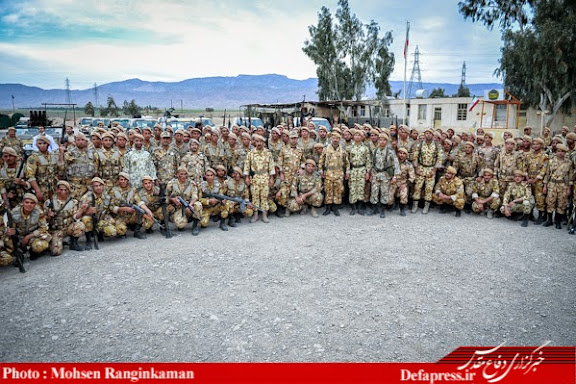 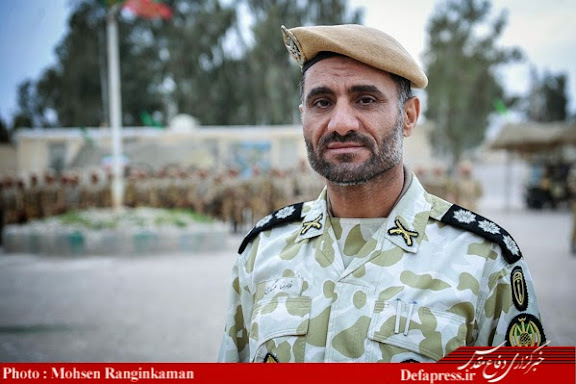 Unlike military personnel seen in the pictures here and there these days, these are real solderers. Just look at their face and body postures. Self confidence and determination is evident.

What sort of ridiculous camouflage is that ? Why not just have plain khaki colour for god's sake.

I am wondering where are those personnel carriers that they shown on the TV and claim that are being mass produced (Such as Neynava). they are not the best but at least are better than a Khavar. Using converted Khavar is low class and is not professional. Personnel is good, they are doing their duties as much as they can compare to the system and facilities provided to them by the system because of their patriotism, system sucks. It is because of the system that personnel clothing is not all the same and uniform. It is because of the so called revolutionary and Jihadi thinking in the management level and all above that. It is because of this that national football team players in the world cup are being told not to exchange their shirts with other players at the end of the game because there is no spares available. There is no unique written procedure to follow or if there is nobody gives a damn about it and nobody held responsible for screwing up something. No Matter how high tech the achievement is, there is always something related to this way of thinking which is penetrated to the foundation of the system for past 37 years and this mentality screws up everything. That's why you make a trust vectoring missile engine with 3.5 m diameter and subsequently blow it and the expert personnel involved too for not following simple fuel handling procedures. I was 12 years old when revolution happened. Me as a kid and a student had brought up in Pahlavi era. When I was watching Akhounds and mullas on the TV, I was thinking to myself an Akhound know the religion but they don,t know economy, politics, management or military, then how come they want the power. My Father was a stubborn religious person, he told me that Islam has answer for every thing. As a 12 year old I could not think beyond what I was seeing. But latter on time showed that the first thing that came to the brain of a 12 year old kid was right and millions of people such as my father were wrong. Now after 37 years unlike their Chinese counterparts our politicians not only learned from their mistakes to make the things better (at least for themselves because Iran is a ship that they are sailing in too) but got worse (such as cheating in 88 elections and bringing Ahmadinejad who screwed up the country in a way that even mongols didn't do it). After this long story the conclusion is all non uniform clothing, vehicles and their wrong camouflage and so on is related to the mentality amalgamated with the regime and the people ruling it. This can be seen in everywhere in all aspects of the country and can not be changed unless the whole system is changed.

That's what I meant about the horrible cheap looking camouflage on the vehicles.

Anon 1:28 PM
You're right. The army has been deliberately kept under funded and marginalized at the expense of the IRGC. The IRGC primary task is the security of the "system". Only about four years ago they divided the Artesh regiments into smaller units under the guise of countering US surprise attack. The military has been a secular force and the IRGC a religious one.It doesn't take a genius to figure out why they really changed and moved those Artesh units around for.

The army must overthrow the corrupt IRGC with their masters and return Iran back to a secular state.Only a secular state can fully guarantee full rights and welfare to its citizens.The Iranian people will support such a positive move with open arms.