Apple(s) and Oranges of Iran sanctions 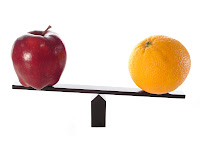 I'm sure, by now, many of you have heard the story of the Apple employee who stopped the sale of an iPad to a Farsi(persian) speaking customer as a way of helping enforce the US sanctions against Iran. To read more about this story you can go to http://usnews.msnbc.msn.com/_news/2012/06/22/12344611-iran-trade-sanctions-get-personal-in-apple-stores?lite


I assume that that particular employee was not working for US customs on the side, and acted to stop that particular sale based on the customer's outward profile, and based on Apple's own policies. What's amazing is that none of the store managers saw fit to step in to resolve this issue on the spot, as the suspiciously Farsi speaking customer was clearly making a not so suspicious personal purchase of one iPad, and not placing a large order for the Iranian government. I also assume that the Farsi speaking customer left the hostile store, walked into another Apple store and got her IPad, making sure she spoke English only this time around.

I know i know, things look innocent at first, but the next thing you know, we end up dealing with a nightmare scenario, like Khamenei's office gaining access to the top secret iPad technology. I should have said this earlier, but for those of you who believe the Iranian regime's only means of obtaining IPads is to ask Iranian-Americans to go to Apple stores disguised as Farsi speaking secret agents, this piece is not for you.

I think Apple is confusing apples with oranges on the Iranian sanctions issue by even entertaining the notion that this incident is a legitimate application of the sanctions law. Granted, if they want to be technical about it then they maybe, just maybe, within their legal rights to discriminate against Farsi speaking consumers under the guise of enforcing the sanctions.

Apple should consider the ramifications of applying this customer profiling method to the diverse pool of Apple customers. Some Apple employees might one day see fit to restrict sales to Hispanics in Florida because their purchases my end up in Cuba (also under sanctions). The same restriction might be applied to Koreans, assuming apple employees are as linguistically adapt at identifying the North Korean dialect as they are with middle-eastern languages.

I hate to use logic alone to make the argument against Apple on this issue, as it makes me sound like an Iranian nuclear negotiator; so lets look at some practical problems with Apple taking on the task of enforcing the Iranian sanctions at the retail level: First and foremost, Apple is no position to monitor, at the retail level, US sanctions against Iran, or any other country, even if it's young employees and policy makers aspire to do so. This would be analogous to an Apple security guard aspiring to collect forensic evidence to help police solve crimes occurring at the mall. I'm sure there is a policy for Apple security guards to cooperate with police in fighting crimes, but just like in the case of sanction monitoring, such actions would be an obvious stretch of company policies.

As it is, US sanctions against Iran are being monitored by numerous government agencies who posses much more expertise in these matters than Apple employees; they include the commerce department, US customs, and justice department, to name a few. I could be wrong, but the US government has no mandate for Apple to involve their employees in the monitoring of individual retail store customers for sanction violations. Even if Apple were to use their new sophisticated profiling methods based on the use of foreign languages to identify Iranian Farsi speaking spies seeking to acquire advanced Apple technology. This outlandish liberal approach should even apply to the sale of the Apple iPad, which as we all know, is desperately needed at the Fordo uranium enrichment plant, but that's beside the point.

Apple must by now know that the US government has always maintained that the sanction are directed against the regime and not the people of Iran, so it's hard to understand how Apple feels compelled to monitor personal purchases of Farsi speaking customers. Apple needs to recognize that it's recent action amount to open discrimination against Iranian-American customers. It is probably permissible for Apple to deny shipment of any prohibited items to Iran and/or when there are business, or large personal, purchases made through entities linked to the Iranian government. In any case, it shouldn't take a nuclear scientist, I mean rocket scientist, to distinguish the legitimate restrictions on technology sales to Iran from this type of, vigilante style, use of the sanctions law as a cover to control what individual Americans can or can not buy at Apple stores (that's the libertarian in me speaking).

Maybe I should stop here as I happen to be an Iranian-American, and sometimes I do speak to myself in Farsi at the Apple store. I even have a business account with Apple, so I feel especially lucky to have escaped the scrutiny of Apple employees, with their new found power to restrict my purchases.

Luckily, even if Apple executives and some Apple employees have a hard time distinguishing real sanction violations from personal purchases, our system of checks and balances doesn't, and so Apple should be looking for the courts to eventually compel them to do the right thing. Unless, of course, they come to their senses, stop hiding behind the wording of the sanction policies, issue an apology, and train their young employees to stick to what they're good at and stop infringing on individual customers' rights.

After all, this is the United States of America, not the Islamic Republic of Iran.

you must live in cloud kuckoo land

Sorry stranger,
The intent of the piece was not to debate who is responsible for the sanctions. If you ask me that questions, I would say the Iranian regime is responsible for the sanctions.
In choosing between war and sanctions I'm glad the US has chosen sanctions.
The intent of the piece was to explore the social aspect of sanctions in the US as it effects Iranian Americans. Prrhapse you should take a second look.
Thanks for the comment.

Nice piece, very happy to have you on the team Fazeli sir.

Do you plan on writing a weekly column?

Thanks Paul. I was planning to write once a month and perhaps a few in between.
Its good to be in here.

congrats to Uskowi and Fazeli for having Dr Fazeli write for the blog and happy Fourth for those who celebrate it.


May the wiser heads among us put an end to the needless madness and may the US and Iran avoid the shedding of blood.