Baghdad in Talks with Syrian Opposition and Government - FM 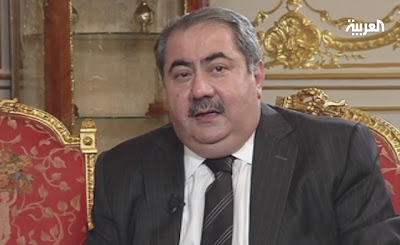 Zebari added that Iran does not have any role in formulating Iraq’s policy toward Syria. “Iran does not control a national, political Iraqi decision.”

Zebari described “what is happening in Syria as important to [Iraq]," adding, "that the [Iraqi government] is afraid that the conflict to widen to become a full-fledged sectarian war.”
Photo Credit: Iraq’s Foreign Minister Hoshiar Zebari / Al Arabiya
Posted by Nader Uskowi at 8:05 AM

From Iran's perspective, this is quite useful. Iran has made overtures in Turkey to speak with the opposition, but for a variety of reasons the opposition refused. That the Iraqis can do so serves a similar if not shared interest.