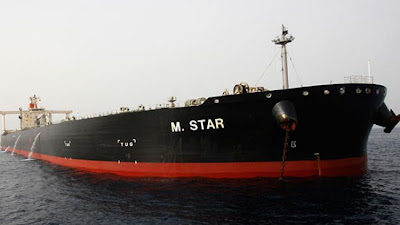 Iranian media reports that Japan increased its imports of Iranian oil by 60 percent in the month of June to an average of 170,000 bpd as compared to 106,162 bpd in May.

However, compared to the average volume of Japan's oil imports last year, the June figures of 170,000 bpd is a reduction of 33.9 percent in imports of Iranian crude by Japanese refineries.

Due to EU sanctions on insuring shipments of Iranian crude, the Japanese government is providing guarantees to ship owners that transfer Iranian oil.

I may be wrong and no doubt the informed readers would correct me on this. My view is that the sanction was carefully designed and calligraphed to peak around the Baghdad’s talk for the best possible outcome - it was never intended to persist beyond that. We may see a gradual return to just over 2 million barrels per day – a level not too painful to bear by 5+1 group. The IRI is playing a dangerous game of poker with nerves of steal – it may be overplaying his hand but it cannot afford to loose.