Will Netanyahu Pay for His Choice? 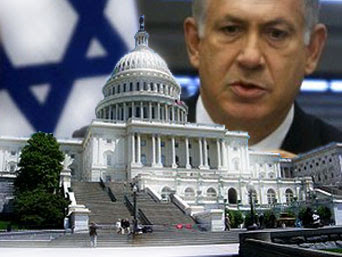 “This is the only October positioned a month before the United States presidential election, a month when President Obama is quite paralyzed, – even if Israel invades California, he’ll have to laud it.”

IranEdge.com is a new blog published in Israel on the Iranian nuclear situation. The blogger Viktoria Lymar ably translates articles originally published in Hebrew that represent the Israeli perspectives on the nuclear situation; articles generally not accessible to non-Hebrew-speaking public. This is the first of such translations reprinted here with the permission of IranEdge.com and Ms. Lymar:
Will Netanyahu Pay for His Choice?

A commendable praise to Management.

Another great translation and website. I once relied on MEMRI for in-depth Israeli analysis until they started having financial difficulties. But Iran Edge may be a worthy replacement.

As the reader will note, this assessment of Netanyahu is consistent with my 7/12 @ 5:23 am post. The Stennis is the gateway to his messianic ambitions - one way or the other.


A former US naval commander says the Iranian military has a growing fleet of mini-submarines that is particularly difficult for the US Navy to detect and track.

The Iranian mini-submarines are “a huge problem for us,” MinnPost news website quoted retired Navy Commander Christopher Harmer, who was the director of future operations for the US Navy Fifth Fleet, stationed in Bahrain, from 2008 to 2009, as saying.

“They are a threat to us because they can disperse them throughout the Persian Gulf and the Arabian Sea, and it’s extremely difficult for us to track them,” he added.

Commander Harmer said that the US Navy is more accustomed to tracking large, Soviet-era nuclear-class submarines - something Iran knows well.

Iran's Navy Commander Rear Admiral Habibollah Sayyari said on June 15 that the naval forces of the Islamic Republic will firmly counter any threat and deal with insecurity single-handedly.