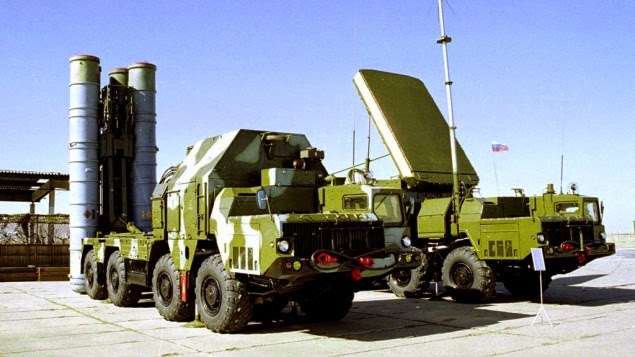 Iran and Russia have signed an agreement to expand their military ties. Russian Defense Minister Sergei Shoigu said during a visit to Tehran that the new agreement includes expanded counter-terrorism cooperation, exchange of military personnel for training purposes, and an understanding for each country’s navy to more frequently use the other’s port. (AP, 20 January)

So basically this agreement is not worth the paper it's written on.

There is a reason why it is called Farce news.

Russia is in US/Zionist gunfights and needs Iran more now than ever before, and if the mullahs play their card s right and don't nickle and dime the Russians over weapons pricing they should find a very receptive Russia. Iran should be seeking a 100 or so Sukhoi 35 like China is, and also 1000 tanks, perhaps upgraded T-90 ( the drunk Yeltsin cancelled the 1440 T-72 local assembly after US pressure and only 400 were delivered). S-400 should also be part of any negotiations as well as KILO class subs and a few refurbished destroyers and frigates from the mothballed Russian stock that can be easily modernized and refurbished at Bandar Abbas dockyards. Iran should immediately be seeking more SU-24 and SU 25 to counter the ISIS terrorists in Syria and Iraq.

Unfortunately, nothing to get excited about here. Probably some political maneuvering by the russians to remind the west that they have this card to play.

Sergei Shoigu is the most respected member of the Russian government, and even leaders of other Russian parties, who use to criticize current policies, praised him as a most efficient of all government members.
Upon his inititive new advanced underground command center was built recently in Moscow.

Gen. Shoigu served for almost two decades as a head of the ministry for extraordinary situations, and earlier when he was serving in the military, he surpassesd normal deadlines to be promoted to the higher ranks, because his brawery, when he prevented major catastrophe while risking his own life.

His visit to Teheran is a preparatory step before Putin's planned visit, because Putin wants to make only visits, where the substantial and crucial matters will be decided.

Iran has advanced knowledge in a design of drones, and it could be one of the interesting points for a cooperation between two countries.
The other matter is that Iran has shipyards, where Russian vessels could be repaired or even build in good whether conditions in comparison to those Russian ones.

worth less than that.

neither party is honest or likes the other or is interested in helping the other.

the Russians' interest is in maintaining portage rights in Syria or gaining such rights in Iran.

The Russian-Iran military cooperation is beyond the normal "deliver some weapons to me" state. Iran has during the last 10 years had a substantial knowledge transfer from Russia in defense technology and will now enter more joint defense projects. This is more the Chinese or Indian style of cooperating with Russia rather than some Arab states in the Middle East. In this regard Iran is seeking cooperation in the entire spectrum of defense technology, from aerospace to subsurface technologies and as such the comprehensive deal is signed.

The Russian military complex has been upgraded during the last decade and its production output will once again hit record high-levels from 2016. As such Russia will again have the capacity to arm itself and its allies around the world. The current economic sanction on Russia is to ensure this military production capacity gets reduced again.

Certainly Iran will seek "quick deliveries" when needed in order to ensure battlefield readiness, but the main purpose is the long-term cooperation from design to production (like India and China).

This time Russia looks genuine and serious and Defence Minister Shoigu is very close to President Putin and would not have come without total approval. The proof of the pudding will be in the delivery of S-400 and SU 30. I hope President Putin is invited to visit Iran soon and receives a very warm and impressive welcome. This is definitely good news for Iran as it needs to upgrade its military and strengthen ties with Russia and China in all spheres.

Shoigu's statement about "... for each country's navy to more frequently use other's ports..." has very important significance, because current situation where an access to passages through the Strait of Bosfor or Suez Canal may be in jeopardy during some times of the future, therefore Russia needs more than temporary presence on the eastern side of those passages, and Iran is the right place for that kind of logistics..

Of couse there are still other elements of this game with the West, which may bring many benefits, including but not limited to an increase of oil prices for both countries, Iran and Russia, in the long run.