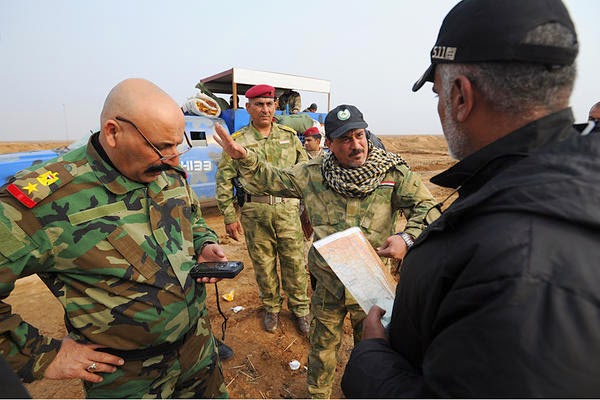 Al-Monitor’s Scott Peterson filed a report on Tuesday from Iraq examining the extent of Iran’s involvement and influence in the fight against ISIL.

“The closer one gets to Iraq’s front line with the Islamic State, the more evidence one finds of Iran’s deep involvement in Baghdad’s battle against Sunni jihadists,” observes Peterson.

Are Israel and Jabhat al-Nusra coordinating on attacks in Syria?
http://www.al-monitor.com/pulse/originals/2015/01/syria-opposition-daraa-israel-communication-nusra.html

There's no hope for peace in my dear country, as long as the current trend continues. If Arabs of Iraq would stop killing in the name of Shia and Sunni, then there would be peace. If Arabs of Iraq would look at each other as Arabs and not Shia or Sunni, no foreign power would ever be able to meddle in the country's sovereign affairs. Arabs of Iraq need to realize that unity, not division, is the answer. Serve your own collective national interests, not the interests of others. Iran can't bring security and tranquility to Iraq, and that is not their goal. Neither can Saudi Arabia, they can't make Iraq peaceful either, it is simply not their goal. Only the Arabs of Iraq have the key to create everlasting peace in their own country..