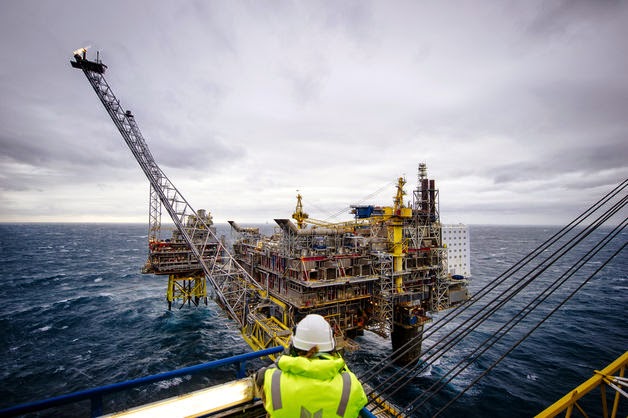 Oil prices continued its swift decline; with Brent being traded at $50.98 a barrel on Tuesday. This is a 54 percent fall from prices in June. Meantime, WTI, the benchmark U.S. crude price, is trading at $47.99.

Ruble fell more than 4 percent today, exchanging at 63.66 to the dollar. Meanwhile, emerging market stocks, such as Dubai Islamic Bank, dropped on oil and as Russian credit risk surged.

Aside from Russia, all other oil-producing countries are being affected. Iran’s new budget calculated for lower oil prices just a month ago is already out of sink with new realities. Brent at $50 or lower could have serious negative effects on the Iranian economy.

Saudi Arabia lowered the discount on its Arab Light crude for Asian buyers from $2 a barrel less than the regional average to $1.40, Bloomberg reported today. At the same time, the Saudis lowered their prices for European and U.S. customers. The mixed signal made it unclear to know if the world’s biggest exporter was retreating from using price discounts to defend market share.

The value of euro also fell to its lowest levels in nine years, trading at 1.19 to the dollar on Tuesday, even though lower oil prices are good for Europe. The economic slowdown in the continent, reaching zero growth this year, and the Greek economic crisis were believed to be the culprits.

The economics of shale oil production in the U.S. is also being tested. Halliburton, the biggest provider of fracking services to oil companies, had announced the dismissal of some of its workers last month when oil dropped below $80 a barrel.

Well, those countries which are affected the most should switch population mood to a war sacrifices' mode, and to use next years for an revamp of their economies, to rely on selfsufficiency and barters with their friends.

During those 'lean times', population; in order to manage and use her time to the best, can concentrate themselves on education, meditation, physical exercises and healing dietas, as well as on enjoyments with the nature and landscapes,.... or even reading books.

Sooner or later enemies' plots will loose a steam and fade away, and modernized economies of those vulnerable countries will be 'immunized' (against enemies), for at least several coming decades of this century.

The Saudis are pushing a go for broke price war aimed at Russia and Iran mostly, but it will fail, as both economies are quite diversified and have Asia centric trade. This will boomerang on the one trick pony Saudi and Persian Gulf petro-Sheikhs as they have unstable populations, unrest and any cut in subsidies would create massive problems. The Russians and Iranians are very tough people who have endured much greater hardships. Neither will flinch or even bat an eyebrow.

Its not just Iran and Russia that are Targeted. The frackers in the US are also being Targeted by the Saudis.
The dow jones dropped 300 points the other day which was mostly blamed on the price of oil