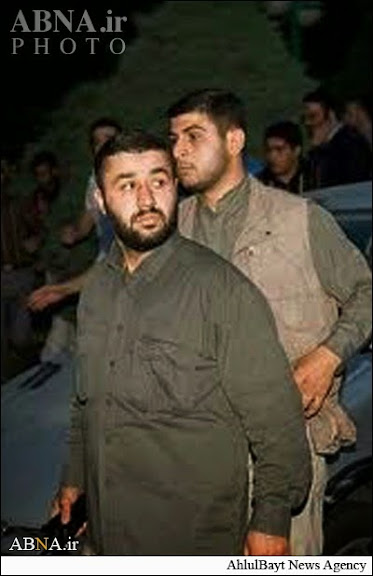 Above: Iranian media reports the KIA of Iranian "special operations" commander Mehdi Nowruzi, while working with Iraqi Popular Mobilization Units (Shia militias) in the defense of Samarra against Daesh (ISIL).

Nowruzi has been identified as having served with the Basij in his hometown of Kermansah, being a veteran of the conflicts inside Iraq and Syria. It is further said he played an active part in national security operations during the aftermath of the 2009 presidential election in Iran. 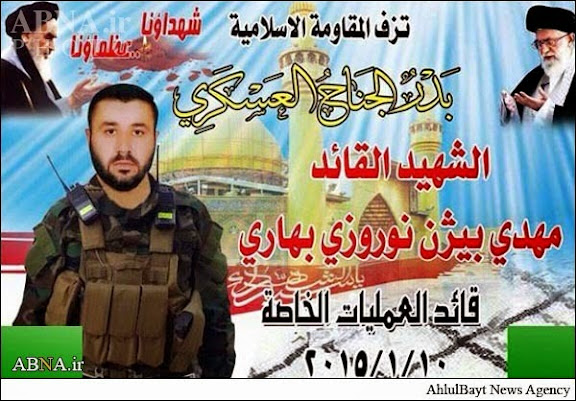 Mehdi Nowruzi, as he was geared as a special operations commander in the fight against Daesh

Commentary: This reporting in Iranian media of another commander KIA'd in Iraq comes during a time when Western mainstream media sources are publishing material on Iran's growing role in the defense of Iraq, as well as it's enhanced influence as a result of the conflict. [see HERE and HERE]

There is even admission by the White House and a member of the Senate that U.S. arms are making their way to Iran-backed Iraqi Popular Mobilization Units. [see HERE]

While certain observers find it troubling-- this heightened level of Iranian influence in Iraq's defense affairs-- it should be taken into account that the Iranians are, in the process, accepting in relative terms a more exceeding commitment, as demonstrated by such sacrifices in both Iraq and Syria.
Posted by Mark Pyruz at 4:32 AM

" It is further said he played an active part in national security operations during the aftermath of the 2009 presidential election in Iran."

then perhaps he is a victim of his own karma.

We all die sooner or later, at least he was brave enough to lay down his life defending Iran rather than mouthing off from home. RIP.

Anon 7:59 PM
If he was "defending" Iran by killing its citizens what was he doing in Iraq? I agree with Anon 2:35 PM,he is a victim of his own karma.