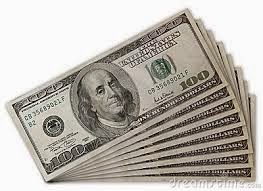 The Christian Science Monitor quoted a Beirut-based diplomat with contacts in Syria as estimating that Iran funnels between $1 billion to $2 billion a month into Syria.

“A Beirut-based diplomat with extensive contacts in Syria estimates that Iran funnels between $1 billion to $2 billion a month into Syria to keep Mr, Assad in Power. Of that, some $500 million is spent on military assistance, mostly for National Defense Force, a 70-000-strong loyalist militia commanded by IRGC, according to this diplomat and others who monitor Syria closely,” The Christian Science Monitor reported today.

“They [the Iranians] have officially given around $5 billion in (line of) credit, and when you consider the financial aid, military aid, discounted oil, and man hours of IRGC officials the number must be north of $10 billion (annually). Absent Iranian largess, Assad would not be financially solvent today,” said Karim Sadjadpour, a Washington-based senior associate at the Carnegie Endowment for International Peace. (The Christian Science Monitor, 5 January)

A slump in global oil prices on top of existing sanctions, however, is squeezing Iran. Aside from funneling billions to the Syrian regime, Iran is also waging an expensive military campaign in Iraq and is supporting the operations of the Lebanese Hezbollah.

Regarding Hezbollah, the Christian Science Monitor reports that according to a wide range of political and diplomatic sources in Beirut, as Iran tightens its belt because of falling oil prices, the Hezbollah in particular is coming under pressure financially, imposing salary cuts on personnel, defer payments to suppliers and reduce monthly stipends to its political allies in Lebanon.

But analysts do not expect Iran to end its financial support of Syria or Hezbollah.

“I think people will go hungry in Tehran before Iran will cease its investments in this so-called ‘axis of resistance,’ says Sadjadpour.

This report tastes of negativity in the way Iran is projecting its own security. Either the author does not understand the game in the ME or that he just wants to criticize the IRI for the sake of it.
Iran is not funding Syria because it wants to. It has no choice. The moment Iran ceases to have strong allies the enemy will be knocking at its gate. It is quite clear Hizbo, Syria, Houthis all act as a buffer zone. It is also the understanding of USA and co. to drain Iran of its resources until it cannot offer assistance. Iran understands this. But really there is no easy solution. Iran either supports these allies and try to figure out how can they become self sufficient in the future, or go down under the boots of Saudi Arabia and the likes. That is the game.

Money that could otherwise be used for feeding and housing the desperate people of Iran.The country has been taken over by the lowest form of criminals,namely akhoonds and their affiliates.Time for Iranian people to end this parasitical occupation of Iran.

The Christian Science Monitor's article is a factual report on how Iran is financing the Assad government and the Lebanese Hezbollah. Aside from Syria and Hezbollah, Iran is also involved in a major military campaign in Iraq, and involved in military/security operations in Yemen, Bahrain and elsewhere in the region. The question is, Can Iran afford such spending? The short answer is no, not with oil at $52. You are saying it must continue the course to maintain its regional position vis-a-vis Saudi Arabia. OK, but how, at what cost, could it finance these operations? Should it gradually reduce its engagement from at least some of these campaign? Or should it not care about financial realities and go full steam ahead? For how long, forever? Interested to hear your take on these issues.

The International community led by the U.S. should demand the withdrawal of IRG and Hezbollah forces from Syria, while at the same time arming the Syrian opposition and combatting ISIL. There should be no lifting of economic sanctions on Iran if the Iranian regime fails to provide basic human rights. Nuclear negotiations with Iran should not be extended endlessly, allowing it to buy time in order to consolidate its dominance in Iraq, Lebanon, Syria, and Yemen as well as complete its nuclear weapons program.

-the Christian monitor has never been the Bible of western journalism !.