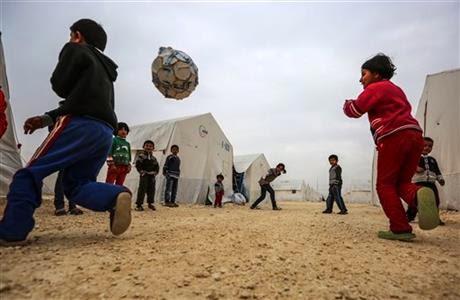 The Islamic State today acknowledged that its fighters have been defeated in Syrian Kurdish town of Kobane, and blamed U.S.-led coalition airstrikes for its defeat.

“A while ago we retreated a bit from Ayn al-Islam (Kobane) because of the bombardment and the killing of some brothers,” an ISIL fighter told the Associated Press. “The Islamic State will stay. Say that to Obama.” (AP, 31 January)

Another ISIL fighter complained, “The warplanes were bombarding us night and day. They bombarded everything, even motorcycles.”

ISIL fighters said they would continue their fight against the Kurdish militia YPG, the main defenders of Kobane.

ISIL launched its offensive on the Kobane region in mid-September, occupying some 300 villages and large parts of the city. More than 1,000 of its fighters were killed as a result of still Kurdish resistance and U.S.-led coalition airstrikes.

More than 200,000 Kurds were forced from their homes. Many fled to neighboring Turkey.

The Kurds would do themselves a great deal of favor if they transfer the PKK out of the area and let in peshmerga forces who have been vetted by the coalition .

P.S.
there is nothing Islamic or stately about those barbaric terrorist savages who call themselves ISIL .They need to be addressed only as insane savages that they really are .

did you mean IRGC?