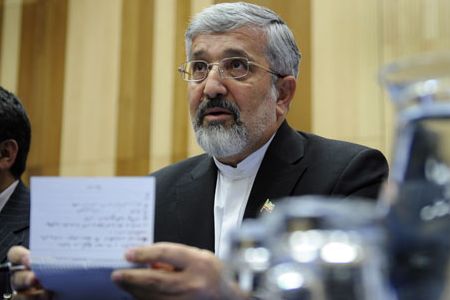 Ali Asghar Soltanieh, Iran's envoy to IAEA, will leave his post at the end of this month, he made the announcement today.

“I confirm that my mission, assignment, will be over on September 1,” Ambassador Soltanieh, a nuclear scientist, told Reuters. “I'm proud that I've served my country and I'm grateful for their trust and I will go back home of course to serve my country.” (Reuters, 21 August)

The removal of Soltanieh from his ambassadorial post at the UN nuclear agency could be yet another sign that President Rouhani desires to have a fresh start in negotiations with P5+1 over the country’s nuclear program.

On Friday, Rouhani removed Fereidoun Abbasi from his post as head of the Atomic Energy Organization of Iran. Former Foreign Minister Ali Akbar Salehi, regarded to have more flexible approach to Iran's nuclear dispute with the West, replaced Abbasi. Also, Rouhani is expected to remove Saeed Jalili from his post as chief nuclear negotiator at P5+1 talks, and appoints his foreign minister, known for his moderate views on foreign policy, to the job. With that, he will have an all-new and more moderate nuclear team in place.

Soltanieh, who was appointed to his post by former President Ahmadinejad in 2005, was an energetic, skilled and knowledgeable diplomat that often railed against the West in meetings of Vienna-based IAEA Board of Governors. He also led the Iranian team in talks with IEAE's inspection team. No replacement has yet been announced.

IAEA’s own chief nuclear inspector Herman Nackaerts, Soltanieh's counterpart in the talks, is also due to retire next month, meaning both sides would enter new round of discussions with new chief negotiators.

Another donkey will take his place :o)

Your own character is as your cheap insults.

No insults to our four legged friends now.The "character" of your "superiors" is that of a Khar.

AnonymousAugust 22, 2013 at 4:19 AM
Well said,people like him wont be happy unless iran grovels at the feet of the west like the arab despotes

Anon 4:00 PM....Iran under the wanna be Arabic style despotic regime only "grovels" at the greedy Chinese and drunken Russian feet.I hope that makes you very pleased.