‘Iran’s Foreign Policy Will be Based on Realism, Self-Belief and Self-Awareness’ - Zarif 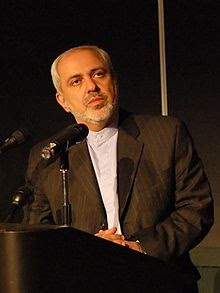 Iranian MPs today debated the nomination of Mohammad Javad Zarif to become the country’s foreign minster at a time of great hope for drastic improvement in relations with the West. Zarif delivered a speech at Majlis to explain his views and respond to his critics.

“In a region which is suffering from extremism, insecurity and instability, Iran is the harbor of stability, security and self-sprung peace without dependence on foreign powers,

“The approach of moderation in the administration’s foreign policy will be based on realism, self-belief and self-awareness in order to build mutual understanding and confidence with the purpose of upgrading the country’s capacity as well as its security and development,

“By creating opportunities and reducing threats, the new administration will expand the circle of friendships across the region and the world… The administration of moderation (Rouhani’s government) is prepared to make other players in the international scene reconsider their hostile behavior toward Iran,” Zarif said in his speech to the Majlis. (IRNA/Press TV, 13 August)

So by arming a terrorsit organization in south Lebanon and wishing the death and destruction of the Western world as well as crushing their own people wanting freedom from their tyranny is really about "expanding the circle of friendship","mutual understanding" and "moderation"?
And here I was thinking otherwise.

I believe that it is more of a cosmetic shift under Rouhani as the content will be the same but the delivery will be less belligerent as was under Ahmadinejad. Both, Rouhani and Zarif have outlined their key agenda items and have already demonstrated foreign policy continuity by expressing solid support for the Syrian government, is more than likely to reflect the Islamic Republic's anti-global status quo norms of US and its UK and French lackeys at the UNSC and Rouhani's effort to broaden Iranian appeal and independent values in the developing world, particularly Islamic nations and Asia. It is a safe and educated guess that continuity rather than discontinuity will be the order of day in the discourse of Dr. Rouhani's foreign policy orientation under the aegis of the Rahbar.

like how America armed, funded, and trained the Taliban in Afghanistan. And how it's doing the same in Syria now. How it killed 1,000,000 people in Iraq through bombs and Sanctions! and How it attacked and occupies Afghanistan. How America sells weapons to tyrannical regimes in Saudi Arabia and Bahrain. How it looks the other way when It's allie like Pakistan and it's secret service ISI conducts terrorism in Iran and India.


How about when America gives 20 billion dollars to Israel. A country that occupies Palestine. Builds illegal settlements. Attacked and invaded Lebanon in 1982 and 2006. How it occupies Syria Golan Heights.


These are just a few example.


I could write a book about America's connection to Terrorism, tyrannical regime and illegal and unjust wars.

I'm really excited for our new president to take control and secure the future of Iran for stability, and prosperity. Amen.

Is that instead of arming terrorist organisations to wage sectarian wars on people of Syria and holy war on people of occupied Palestine, while doing more just "wishing" but actually inflicting death and destruction on the world?

"wishing the death and destruction of the Western world as well as crushing their own people wanting freedom from their tyranny"
All good descriptions of the wests arab allies like saudi arabia and its wahabist lunatics but as for this being a description of iran,you must be blind or just very ignorant

most of peoplöe are either blind or too narrow minded,
They can not understand how important is the hisbullah for iran
hisbullah is shield and sword of iran
without fear of hisbullah, the israel boombed iran long ago

"SO BY ARMING A TERRORIST organization in south Lebanon...."

@something is cruelly missing in your general understanding of the Nation and its regional interests.

-there is no terrorist organization in south Lebanon!!!NO NATION the world over has accused Hezbollah of terrorism.however there is a Nation in the middle east that has a stockpile of atomic weapons and refuses any inspection on its facilities!.It knows something or two about state terrorism as it has informally admitted killing scientists in foreign lands and ran away with murder!.It has put a whole province under siege denying the citizens of that blocked region any basic amenities.It uses high tech weapons mercilessly against pretesting women and children and yet it runs away with that crime.
But when people take up arms against this 'HOLLY' Nation to demand their right,it accuses them and brands then as terrorists!.

the president doesn't control Iran. it's the same louse of an Ayatollah in charge.

I was going to post my comment earlier, but they created very unclear two lenghty words (as "passwords") and after fourth time I had given up, because there was a message that I have entered incorrect words!!.

However, I am wondering what does the title above the article mean, does the author assumes that the Islamic Republic's policies were not based on the realism, self-belief and self- awarness before?

What is the purpose of the author, who avoids to express his own comments and when he omits significant words of the FM Zarif who stated among others that:

"....We will not give up even an iota of the Iranian nation's rights and we will widen the scope of our friendsip in the world, while we will be ready to force other actors...to turn their hostile attitude and behavior into relations based on cooperation..."

I have noticed that those ommisions, avoidances and "construction" of article's titles; for instance "Rafsanjani: 'We are not at war with israel'", are meant to start channeling of comments in a "desired author's way".

Ihave also noticed that there is something that insert incorrect letters into my comments.

Typical response by Islamic zealots.Their blind ignorance followed by their agenda to sqeeze Iran's blood from its body just to feed a bunch of foreign terrorists in other lands that have no business with Iranian people.If these zealots have such strong feelings towards this agenda then go martyr yourselves and let Iranian people be free from your diseased ridden despicable bondage.

These people think we were born yesterday.

AnonymousAugust 14, 2013 at 9:26 PM
The only ignorant person here is you,as for the "Islamic zealots" you`ll find them over in your good friend and ally saudi arabia,they`re the only ones supporting a "bunch of foreign terrorists in other lands",you know the ones,those wahabists that practice cannibalism and head chopping

Some of you do sound like you came down in the last shower unwashed and babbling incoherent worn out anti-Iran rants. LOL.

Be it Wahhabi or Shia a zealot is the product of brain washed bigotry by their imams and mullahs.The Wahhabists or Hezbollah are the same types of oppressors of human beings.They both represent the cult of islam in slightly different forms.

Anon 2:43 AM....Do you really believe in that garbage or are you just plain daft?

USKOWI!
-with due respect address the concerns raised by our brother AF. -SERIOUSLY SPEAKING He has a point in his criticisms and objections on your presentations of issues!-

Mullahs and their minions don't have showers.
So babble off!


Silly little boy! You are confusing "anti-Iran" with anti-regime!

AnonymousAugust 15, 2013 at 12:40 PM
If you cant tell the difference between iranian shiaism and saudi wahabism then you are either blind or prejudiced,thats like saying that you cant tell the difference between david bergs children of god and the anglicans,as for hezbollah it is a legitimate resistance and a political movement with a great deal of popular support,there is no comparison between it and the various wahabist terror groups like al qaida or al nusra who go around chopping peoples heads off or cannibalizing corpses and have a hatred for democracy,you obviously suffer from blind prejudice and ignorance when you make idiotic statements like "They both represent the cult of islam in slightly different forms",the difference between the two is not "slightly" it is vast

Anonymous August 15, 2013 at 12:40 PM, religious zealots are not limited to Islam. The existence of zionism demonstrates that.

Anon 2:40 AM....Every religion believes god will listen to them.A zealot is a zealot.It makes no difference if it's Shia,Sunni,Christian,Jew etc etc. The Shia and Wahhabi derives from the cult of Islam.Islam is the tree and its branches are the different beliefs within Islam.Calling me "blind" or "idiotic" doesn't change those facts.Live with it.

Anon 8:32 AM....Agree.Zionism,Wahabism,militant Shiaism,fanatical Christians and buddists etc etc, are all a bunch of low life scum.The point is you can't tolerate the fact that Shia fanatics are no better than Zionists or Wahhabists.
That shows that you are "prejudiced" and narrow minded in your views.Grow up.