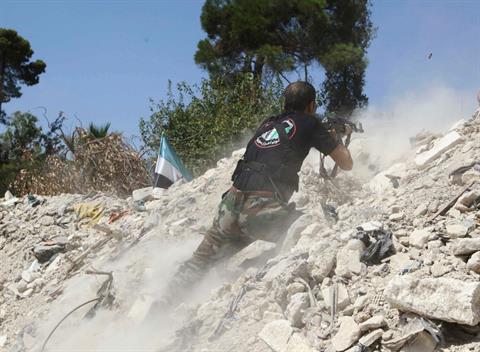 Iranian documentary filmmaker Esmail Heydari, 30, was killed in Damascus on Friday, Iranian news agency ISNA reported today. No further details were given. On Wednesday, another Iranian journalist and documentary filmmaker, Hadi Baghbani, was also killed as he accompanied Syrian troops on an operation against rebel forces on the outskirts of Damascus. (ISNA, 24 August)

Rest in Peace Mr Heydari. Syrian civil war has been very costly for all including civilians and journalists. The Takfiri cannibal terrorists particularly target Iranians to vent their pathological frustrations and inability to topple President Assad.

R.I.P
-INNA Lillahi wa inna ilaihi rajiuon![for Him the Almighty do we belong and to Him is our return]

May the Almighty speed up the process