Iran's military perspectives to a potential U.S.-led attack on Syria (2) 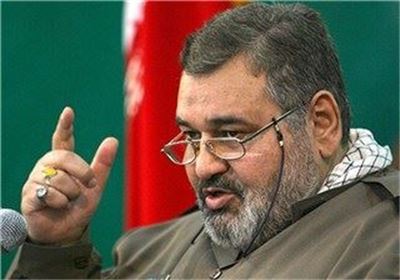 "Any new military operation could prove to be a disaster not only for the region but also for humanity ...and only the Zionists would benefit from that." [Source: Tasnim News Agency] 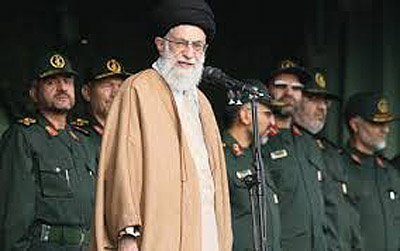 “If such a [potential attack on Syria] takes place, the Americans will surely suffer losses just like [their] interferences in Iraq and Afghanistan,” [Source: Tasnim News Agency]

”Trans-regional and foreign powers’ intervention in [Syria] will result in nothing but igniting conflagration, and will also increase those nations’ aversion to such.”  [Source: Tasnim News Agency] 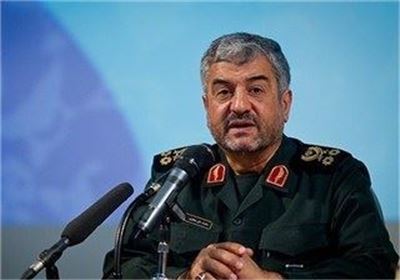 “Despite their bitter experiences in Iraq and Afghanistan, Americans will complete their consecutive failures, and experience the most shameful historic defeat if they conduct military action against Syria.” [Source: Tasnim News Agency]

“Syria will turn into a more dangerous and deadly battlefield than Vietnam War, moreover, Syria will become [another] Vietnam for the US.” [Source: Tasnim News Agency]

Steady stream of rhetoric being put forth by Iran's military establishment.

U.S.-led escalation in Syria not in the interest of diplomatic engagement with moderate administration of IRI Pres. Rouhani.

Maybe Boshgeh will be catapulted against a US aircraft carrier in the mediterranean?

----- Any new military operation could prove to be a disaster not only for the region but also for humanity ...and only the Zionists would benefit from that." [Source: Tasnim News Agency]-----

is this an explanation as to why Iran is powerless to oppose Western bombing in retaliate for the Assad goon's gas attack?

I have been posting rational and factual analysis for the benefit of the armchair generals who simply have zero understanding of strategic mass or reality.

The FACT is that Syria is a major military power even by world standards, it has allies and a very cohesive, well officered, determined and highly motivated military that has survived 3 years of the best western small to medium level weaponry that could be thrown at it. The Syrian military has dispersed its units and has mastered the use of small tactical combined arms and special forces units. Syria's terrain is different from Iran and has good defensive mountain spine running from Turkish coast-border (Alevi heartland) all the way to Damascus via Lebanese border and Anti-Lebanon mountain range, hence the importance of Qusair. This is the area where most of the population lives and the eastern deserts and Kurdish North East will be the last to be pacified due to their sparse population.

The Syrians have very strong allies in Russia, Iran and Hezbollah. They have ample weaponry for a defensive war to last a decade. The best Iranian and Syrian strategy is work on steady COIN and not escalate. The US is isolated and confused and eating humble pie as Russia and China are now a solid block and won't abandon Assad. Russia has already won and knows that US will not fight a ground war. Iran had this logical conclusion from the beginning and hence its solid support for President Assad.

Embarrassing the US and its poodle UK (which is now constrained by House of Commons vote) and upping the ante is a win-win for Moscow. The more the US and its two Anglo-French lapdogs are involved in the conflict, the more deeply they are immersed and costs mount, the more opportunities emerge for Russia to assert its new revitalized global power and back the victorious regime of Assad regime as a “legitimate government under attack from the west”. Since a land operation by the the mired US is highly improbably, it is in the end that not only has a tenacious President Assad survived but also that Moscow and Tehran have won in the global confrontation with the coalition of doddering US, Anglo-French, Turkey and the puppet regimes of Persian Gulf and an impotent Arab League.

Russia, Iran and China are on a winner here regardless. One also has to keep in mind that Iran, Russia and Sino military and strategic cooperation is far greater than meets the eye. The weaponry that Iran can deploy is far more lethal than most people realize and Firoozabdi is merely echoing what US and the Zionists know. Iran will not back out of its support for President Assad or Hezbollah.

I have noticed that the author, MP, cities not the latest information about Jafari and Firouzabadi's comments.

Maybe he consider their statements as a "burdensome" rhetoric..., which should be interpreted not too clearly....

Anyway, The Mehr News Agency has got more precise descriptions of the Generals' statements.

The very man himself !