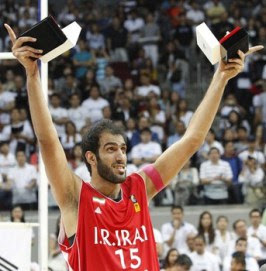 Iran along with South Korea and the Philippines qualified for the 2014 FIBA Basketball World Cup in Spain.

UPDATE: Hamed Haddadi (pictured), a member of the Iranian championship team, was named the most valuable player of FIBA Asia.