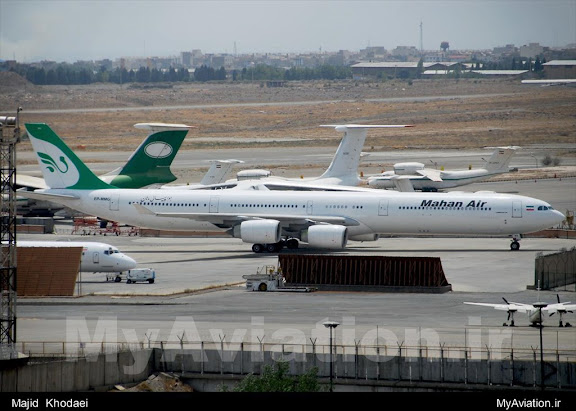 U.S. Treasury department on 21MAY15 stated  Mahan Air had a "blockable interest" in this plane, meaning it could be subject to an asset freeze, raising the possibility that Washington may attempt to have it seized at airports outside Iran. Iran's aviation authority stated on 08JUN15 the country would take legal action if Washington tries to stop newly acquired Iranian passenger planes flying international routes.

Should this follow the example of EP-MMH and EP-MMR, aircraft expected to commence flying international routes from Tehran - Imam Khomeini Airport (IKA).
Posted by Mark Pyruz at 2:21 AM