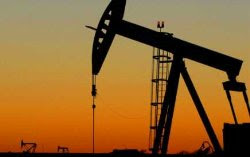 Iranian Oil Minister Bijan Zanganeh told reporters in Vienna that Russia may start importing crude oil from Iran next week as part of an oil-for-goods agreement.

“We hope that next week Russia will take (its first imports),” Zanganeh said after attending a meeting of OPEC. “Much of this will be for cash and we will be using this money to buy commodities from the Russians.” (Bloomberg, 6 June)

Zanganeh said he discussed the deal with his Russian counterpart Alexander Noval in Vienna on 3 June. Zanganeh added, however, that Russia plans to buy “much lower than 500,000 bpd,” a figure that had originally been agreed two in the now-famous oil-for-goods deal. He did not disclose the amounts of first and subsequent deliveries to Russia.

Iranian oil exports dropped 50 percent since oil and banking sanctions were imposed in 2011. The agreement with Russia was to compensate for lost exports.