No New Recruit at U.S. Training Base in Iraq 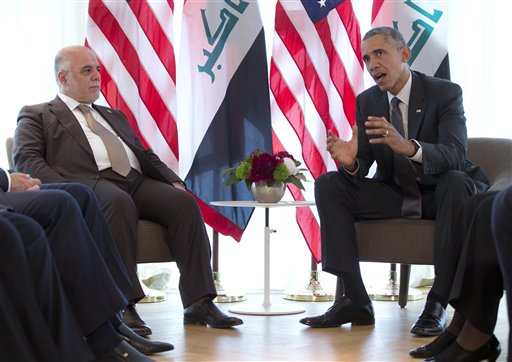 The Hill reported on Monday that the U.S. military training mission at Al Asad base has stalled because the central government has not been sending new recruits. The base if one of the five U.S.-led coalition training sites in the country.

“Al Asad has zero. And Al Asad has had zero now for some time,” an unnamed U.S. defense official told The Hill.

President Obama said Monday after a discussion with Iraqi Prime Minister Haider al-Abadi that the U.S. and allied have more training capacity than they have recruits.

“Part of my discussion with Prime Minister Abadi was how to make sure that we get more recruits in. A big part of the answer there is our outreach to Sunni tribes. We’ve seen Sunni tribes who are not only willing and prepared to fight ISIL, but have been successful at rebuffing ISIL. But (recruiting) has not been happening as fast as it needs to,” Obama said. (The Hill, 8 June)

The training and equipping of Sunni tribal fighters became more urgent after the fall of Ramadi last month. Ramadi is the capital of Anbar Province, the Sunni heartland.

The other four U.S. training sites are located in Baghdad, Erbil, Taj and Besmaya. In Baghdad site, approximately 910 trainees, mainly Iraqi special operations forces, are being trained. There are 800 trainees at the Erbil site, 255 trainees at Besmaya, and 630 trainees at Taj. (The Hill, 8 June)