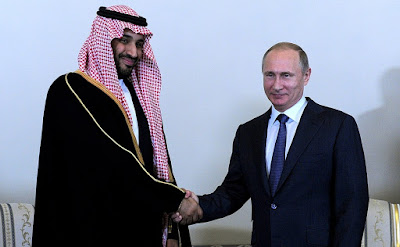 Because that meeting, an oil price may go higher in the nearest future; then it spells good news for Iran too..........

Do you know what the funny part is? That Iran's so called ally the Russians will build those nuclear reactors on time and on cost.And to add insult to injury you will see Saudi cosmonauts in orbit and possibly walking on the moon with the Russians.While once every decade Iran still launches 50kg satillites into low earth orbit.

Are you kidding me? Saudi Arabia doesn't even have a space program. Whatever Russia does for Saudi Arabia is still Russian technology. Iran is among the 9 satellite launch-capable countries and has an ingeniousness, quite advanced space program.

Reading your 'imminent" statements and looking at your (true ??) photo, you are very qualified for a theater or a Hollywood job......

Does your DNA connects you to Persians ....or others who prefer to bring them down.??