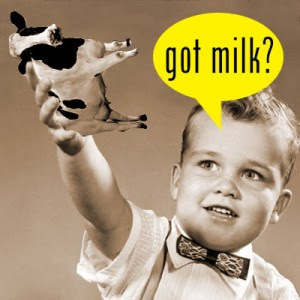 The non-partisan group "We are seeking the overthrow and removal of the Iranian government by all means necessary" or WASTOAROTIGBAMN issued their response saying, " By reporting their latest numbers on Iran the World Bank (Mass murdering baby eating egoistic lying sons of baboons Bank) has extended the survival of Iran's government as people need to think that the performance of this regime is horrible. We simply want to know, would it have killed them if they had printed the report we provided them last week?" After calling the Mass murdering baby eating egoistic lying sons of baboons Bank, blood sucking rapist, they quickly offered the Bank a way out and praise if they retracted their report. On that note this newspaper is also willing to go back to referring to this entity as the "World Bank", if these conditions are met.

The lead German economist Frank Schmidt of Deutsche Bank today said, "we must not look at the cosmetic appearance of Iran's economy as an indicator of the shape of things. If you remove from your view these new factories that were built in the last years you have nothing, right?? No doubt about it! We economist understand that behind these new fancy buildings, cars, and facilities there is nothing but dirt and rocks under them, so, we call upon the media to point this out to citizens of the world that they might not be fooled by Iran's supposed "development".

Also, the spokesman for the Movement of Iranian Liberation and Fraternity (MILF) which aims to bring about a stronger Persian culture to Iran and removal of all foreign influence in Iran, Thomas Liddelheimer, expanded on their plans. "I feel a strong connection to my people in Iran and that is why I have been gathering people every Friday for the last 32 years to protest Iran's government". I strongly feel that the pressure of our gatherings will be felt by Iran's leaders and then one day they can't handle it anymore. Mr. Liddelheimer, birth name is Ali Moradi but changed it in order for it to be easier for his colleagues and the media to pronounce.

While we asked questions at the protest movement, many locals decided to join the march as they felt that this cause was important. We spoke to a few who had decided to join the protests. One such person, Bob Brown, mentioned how he personally thought it was ridiculous that the Iranian government was forbidding families to only having one child and he felt that by coming out today he could do his part to change these laws. Marlene Johnson, mentioned that the fighting in Dafur was extreme and how many more Iranian women had to die under a crushing and outdated cast system before the world acted!

Israeli nuclear weapons scientist group calling itself the "Middle East Without a Bomb - apart from Israel" was disheartened at the latest news from the Mass murdering baby eating egoistic lying sons of baboons Bank. "After what we went through in the past, we cannot believe that this Bank would now treat us this way!" The nuclear weapons scientist further explained that Iran's economy is in shambles and they will continue to do their part to destroy it. The Israeli group could not make the protests of Mr. Liddelheimer as they had wished due to their prior obligations being involved with project XSTONE. This project is now in its climax and aims to produce a new multi-megaton and newer generation of thermal nuclear weapon.

Back at the White House, spokeswoman Jackie Dunken explained on Iran's recent work on by-passing the sanctions placed on it. In particular sanctions on cow farms. Five years ago, the United States and Europe in a joint effort banned Iran from all further cow farming, milking, meat packing and all other related work involving the slow moving four legged creatures. In a statement at the time they explained, "Allowing Iran to harvest the excrement and flatulence of cows is allowing Iran to move one step closer to terrorizing the world with gas bombs, and we as responsible free world leaders cannot stand by this gap in the international trade rules". Iran argues that millions of its people need the milk and meat produced from this animal. Spokeswoman Dunken continued with a list of front companies created by Iran to continue its nefarious acts. "These new companies are a sign that Iran is intending to misuse cow production for its own sinister needs, if Iran has nothing to hide than stop further cow farming, allow the international community to enter and after a few years of strong oversight we will promise you to either allow a small amount of controlled cow farming or we will promise to sell you the cows and milk you need". The onus is now on Iran to decide, but I feel that they have already taken the wrong path with these new front companies".

Editor’s Note: Amir Taheri is one of the authors of Uskowi on Iran. His weekly columns appear here on Fridays.
Posted by Amir Taheri at 1:54 AM

I am going to put a link on my facebook.

It is obvious that Amir Taheri has run out of more positive subject about the Mullah's at least for this week and has to post a rubbish like this. It is not even funny as satire. Not everyone can write satire. May we suggest Amir Taheri writes a stire about human rights in Iran, torture of political prisoners (Even the ones that used to work for the Mullahs but now are the spies of the Zinosits) Rapes of Iranian women in their homes, child poverty, lack of personal freedom. If you like satire this will keep you busy for weeks Amir Taheri !

Why don't you write your own articles on human rights about how the Mullah rapes people in their homes,child poverty,lack of personal freedom(walking naked on the street?) with some evidence so we can all read and draw our own conclusions?

Excellent; a pleasure to read. Thank you very much Amir. You're a genius. This article exposes the phoney character of most anti-iranian group and is a valuable resource to analyse the psychology of these group of people.

I enjoy pot shots at any "Persian" from the America, they are wealth stealing, out of date asses. People of the world please note that this man is making a stand and yes it is very funny!

To all those mullah-haters and "freedom seekers": I suppose you want Iran to become as free as "Great" Britain has been during the past few days. That is what you get when you choose human rights instead of the rights of society over the the individual. The chickens are coming home to roost for the liberal, amoral West. Good Luck!

Mr Uskowi, I thought you wanted to keep the scum (7:36) out of this forum.

To all others, thanks for the kind words, its always a pleasure to read them (:

Anon 10.40 AM...What are you on about Britain? They where just little Kids looters and mostly 8 years to 2o something and you say Britain has human rights problems ,get real!
Same goes for regime using this for their propaganda machine it is ridicules !

Anon 10.40
If you can't see the forest for the trees then I suggest you remove the splint out of your eye. Britain's liberal approach to social control, together with its serious economic inequalities, is a direct cause of the rioting over the past few days.

Most of these rioters were yobs, some as young as 8 years old. Where the hell were their parents then? This is just one symptom of a sick society. Britain is about to implode if something drastic is not done. I foresee the British government adopting some of their enemies' measures to control such social outburst against its oppressed population.

HEY BUDDY YOU CAN ADD A SECOND
JOB TO YOUR CAREER,(COMEDIAN).
GOOD STUFF.

@ANONS COMMENTS ON BRITAIN, FYI
THE BRITTISH GOVERNMENT HAS THE MOST ROTTEN HUMAN RIGHTS RECORD IN THE WEST! POLICE BRUTALITY IN BRITAIN IS SECOND ONLY TO U.S.A...CANADA IS THIRD RUNNER UP.
ACCORDING TO AMNESTY INTERNATIONAL.

"WE HERE IN THE U.S.A. KILL MORE OF OUR CITIZENS IN JAIL BEFORE A TRIAL BY JURY, THAN THE PEOPLES REPUBLIC OF CHINA".

POLICE BRUTALITY IN BRITAIN is something that the Iranian security forces would see as hopelessly lax and soft.

Dear Mr Amir Taheri judging by your last comment I trust you believe Philip REID preposterous statement if that is the case why do you and other commentators live in this fascist dictatorship of Britain and instead go and live in Iran or China and enjoy the fruits of freedom flowing democracy which resides there.
If you diss allow this comment through then I know somethings fishy.
All the best.

Last anon, as you may note, I only said "Thanks" referring to Philip comment on my article. I made no mention of the other part of the comment.

Also FYI, I DO live in Iran and am enjoying myself while adjusting to the difficulties of a new place.

Not really, Taheri. There was no why to tell for what you were thanking the guy, but when someone posts little simulated smily faces along with thanks, it's pretty likely that the entire comment was appreciated.


However, I don't want to take you too seriously and if you want to cop a plea and deny endorsing that nonsense from Reid, you go right ahead.
Might be good to read that you don't believe any and all speciousness and limit yourself to swallowing only the theocratic variety.