Khamenei Speaks on State of Economy

Despite Successes, Development Goals Yet to Be Achieved 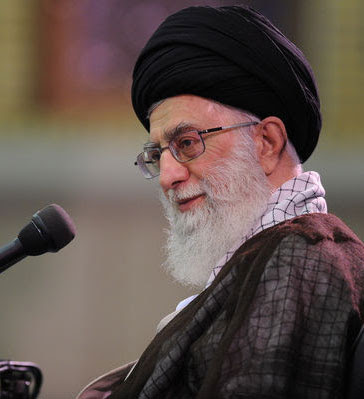 Iran’s Supreme Leader Ali Khamenei met on Wednesday evening with the country’s senior economic, banking and IT managers and made candid comments on the state of the country’s economy. Khamenei told his audience that Iran has achieved considerable successes in the fields of industrial production, services, agriculture, and knowledge-based economy. He also reminded his audience that after five years from the start of the 20-year economic development master plan, the country has not been able to achieve some of the most important of its stated goals.

“Some of the stated goals of the (20-year master plan), those of annual economic growth rate of 8 percent, lowering the unemployment rate, lowering the inflation rate and increasing investments have not been achieved,” Ayatollah Khamenei said. “We need to do that much more during the current five-year plan to achieve those goals,” he added [IRIB, 18 August].

Hours after Ayatollah Khamenei made the comments, the Statistics Center of Iran (SCI) announced that the annual inflation rate in the country has risen to nearly 20 percent, a development that is expected to cause serious concerns among Iranian economists and government officials.

Khamenei also encouraged the senior managers to vigorously fight corruption at government institutions. He warned his audience that left unchecked, the corruption can spread like a “contagious disease” throughout the country.

On the rapidly growing level of imports into the country, Khamenei discounted the justification that the imports would force domestic producers to become more competitive. He called such theories as “unfounded” and called for protection of domestic production, especially in agriculture.

Khamenei said the economic sanctions imposed on the country by its enemies will not produce their desired results and the nation will achieve its goals of building a hopeful and bright future in spite of those sanctions.

Mr. Khamenei has been the absoloute highest power since 1989, and the President between 1981 to 1989. Blaming it on others seem to be not accepting responsibilities.

"Mr. Khamenei has been the absoloute highest power since 1989, and the President between 1981 to 1989. Blaming it on others seem to be not accepting responsibilities."

So what do you wanna do? Would you like to replace him?

It is the hidden Imams fault.

heck, yeah.
trade him in for an even-tempered macaque and Iran likely comes out ahead.

This post is about the state of economy in the country. Please direct your comments on the subject at hand: Can Iran achieves and maintains an 8-percent economic growth while under sanctions, especially in the banking sector? If yes, how? Can Iran maintain a relatively normal inflation rate; say in single digits, while undertaking its ambitious subsidy reforms? Can Iran bring down its endemic unemployment rate when the growth rate is at best 3 to 3.5 percent? What avenues are open to it to put people at work? (For those of you living in the US, these questions must seem universal!)

"Vigorously fight corruption at government institutions"
Really?..The entire system runs on corruption without it the system will fall into calamity.
The day they stop corruption is the day this system will implode.