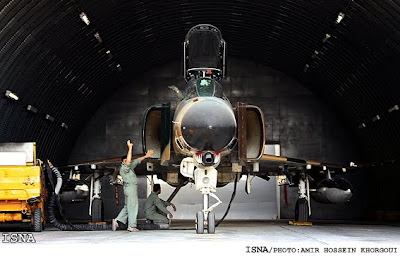 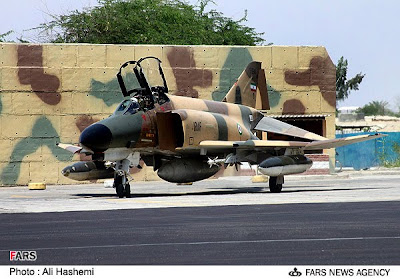 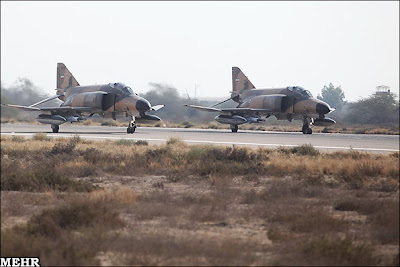 A pair of F-4Es armed with AGM-65 Mavericks 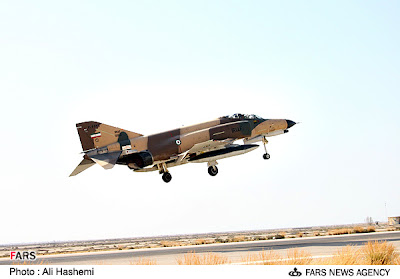 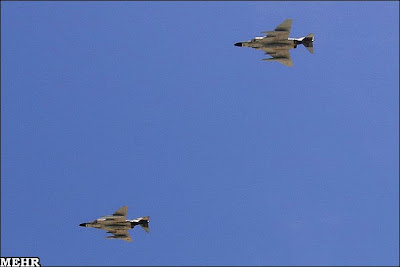 The shark nose paint job looks pretty cool and lethal on the IRIAF F4E. It may be carrying an Iranian made Fatter AAM (similar in performance to an AIM-9X). The pristine factory condition of all Iranian military equipment, particularly planes and ships speaks volumes about the techical skills of Iranian techicians and engineers and the high quality of military industrial manufacturing. Iran has had ZERO access to US or British spares since 1979 and has managed to upgrade every major complex weapons system due to its own ingenuity. The last of the US supplied "Peace Roll" inventory of spares at Doshan Tappeh for F4/F5 and F14A had been exhausted by the end of 1981 due to heavy useage during the Jange Tahmili. In 1982 the IRIAF started its own scrounging and embryonic domestic spares manufacturing program that quickly proliferated and by 1990 it had become almost self-sufficient. Today Iran even manufactures its own copies of AIM-54 Phoenix for the F-14A. Remarkable achievement for a country under a total spares "embargo" for over 31 years.

So-called Sharks are from 6th airbase Bushehr. There is no operational AGM-65s left in Iran