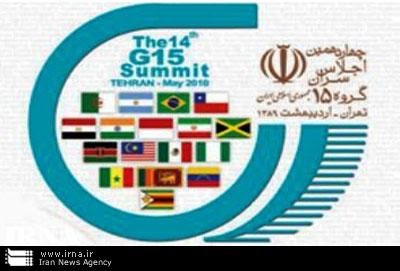 The 14th summit of the Group of 15 developing countries will take place on Monday in Tehran. Presidents of Brazil, Algeria and Senegal have already arrived in Tehran to attend the summit. The Turkish Foreign Minister is also en route to Tehran.