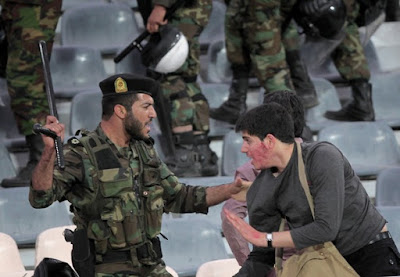 NAJA antiriot policemen disperse and arrest football fans demonstrating against Saudi Arabia during the AFC Champions League group C match between Iran's Persepolis and Saudi's Al Ittihad, during their AFC Champions League group C match at Azadi stadium in Tehran on May 3, 2011. Some 300 protested at the stadium against Saudi Arabia's military intervention into Bahrain by chanting anti Saudi slogans. 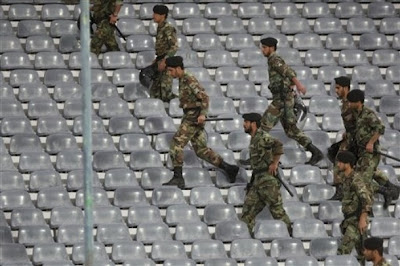 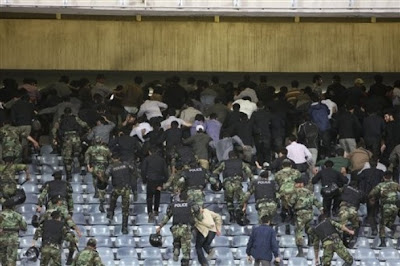 It's interesting that the policemen in the top photo has a holstered sidearm that may be a revolver of the type issued to members of the Ansar-ol Mahdi.