An attempt by the Somali pirates to hijack a container ship in the Gulf of Aden was nipped in the bud after an Iranian fleet of warships present in the region rushed to the scene and attacked the buccaneers' vessels.

"In its 12th confrontation with pirates this year (Iranian year started on March 21), the Iranian Navy's flotilla dispatched to the international waters rescued the container ship of the V-Ships Multinational Enterprise through timely action," a statement by the Navy said on Tuesday, adding that the container ship was named "First Ocean".

The First Ocean came under attack by three pirate boats as it was sailing in the Eastern parts of the Indian Ocean, the statement said, adding that the buccaneers continued their attack despite the Iranian fleet of warships' warnings.

Yet, the pirates fled the scene after facing the heavy fire of the Iranian Navy's commandoes, it continued.

The Iranian fleet of warships then escorted First Ocean to a safe place and guided it to its line of voyage. 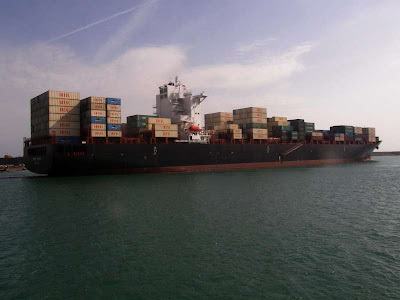