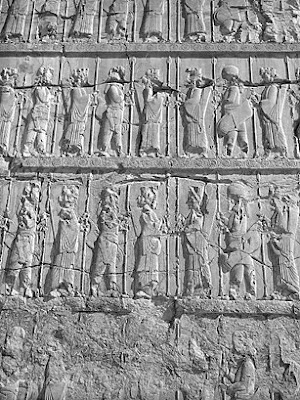 In the aftermath of the killing of Bin Laden by Navy Seal Team 6, TIME has taken a look at the world’s most elite military teams in history. Persian Empire’s Immortals are ranked number 2 among them all. The Immortals were a Special Forces unit, always at its full compliment of 10,000 soldiers, within a vast Persian army, adept with both bow and blade. Another Persian unit, the Assassins or the Hashishins, the Ismaili elite force, was also selected among the top ten units.

Below is TIME’s selection of the top ten most highly trained units in world’s history.

There is a difference between Special Forces Units and Elite Units, and it not fair for TIME to compare them.

Special Forces are "niche units" that do things other normal units are not suited for. For example Counter Terrorism with units like Delta or GSG-9. Covert operations from the sea like the Navy Seals or SBS.

Elite units are the highly trained line units like the USMC, US Army Rangers or British Paras. They incorporate specialized gear (for example parachutes or amphibious tanks) in roles not nominally associated with normal units but operate in a conventional manner. These troops are the ones on point in any operation.