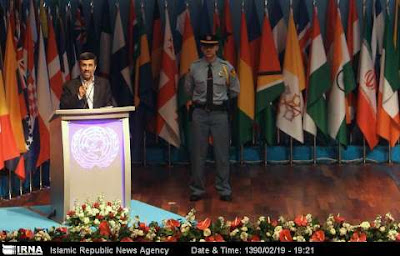 Iranian President Mahmoud Ahmadinejad addressing the Fourth United Nations Conference on the Least Developed Countries which kicked off in Istanbul on Monday 9 May 2011. IRNA Photo. 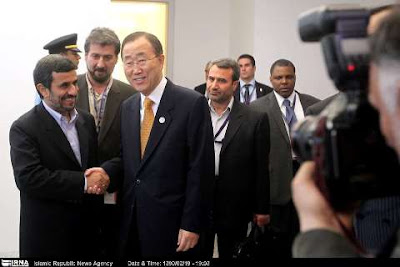 President Ahmadinejad is greeted by UN Secretary-General Ban Ki-moon at the UN Conference. 8,000 delegates converged on Istanbul to attend the event. 9 May 2011. IRNA Photo. 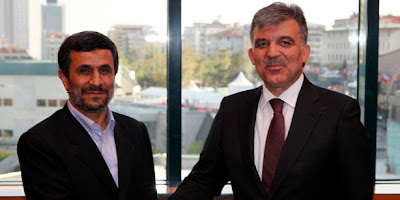