Geneva Agreement: A New Beginning for Peace and Cooperation 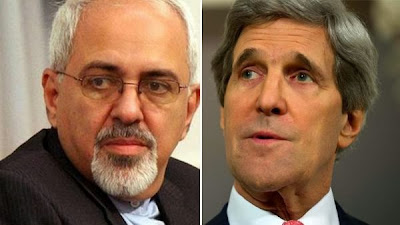 By Nader Uskowi
At the start of President Obama’s second term in January, a new U.S. national security team emerged in Washington. It was obvious that the Obama/Kerry/Hagel team was capable and willing to change more than three decades of hostile relations with Iran. It was as evident that if this team could not strike a deal with the Iranians on their nuclear program, the alternative would be war. But the new team in Washington lacked an equally capable and willing partner in Tehran ready to take the risk of winning the peace. That situation changed in June when the ever-intelligent Iranian people elected a new government, and Rouhani/Zarif team began a new era of moderation and cooperation in Iranian politics and became the partner for peace.
Within a short five months, the new teams in Tehran and Washington changed nearly 35 years of animosity; capping it early this morning with signing an interim agreement that recognizes the desire of Iranians to continue technological advances on their soil, while safeguarding the peaceful nature of the nuclear program. Zarif and Kerry especially deserve all the accolades they are receiving for their courageous and tireless work for peace and a new beginning in Iran-U.S. relations.
Posted by Nader Uskowi at 8:57 AM

indeed a new Era begins for iran.
Iran is now defacto recognized as nuke power
similar to the China after Nixon visit by Mao, the China economy start to grow and integrate in the world market.
The iran economy will sky rocketing.
iran will be the new china of middle east

The greatest loser is israel. the american and iran making peace
without help from USA this fake state will collapse

Is possible but it depends on whether iran gets in line as assumes is position as a small second World country or if it continues to delude itself into thinking it is something other than it is. Iran can have all of the economy of say Mexico and the influence of sick a country but if it wants to delude itself that is something more the real world powers will have to put it in its place

the old World powers are gone, resigned in the iraq and afghan war and got 17 Trillon $ debt
from today iran is a new world power.

a new power is raising, its victory is at the hand

You're jumping the gun, the hard negotiation is yet to come. This is merely an agreement for further negotiations. A crucial step, yes, but there is a LONG way to go. Let's home the Israelis, Saudis, Congress, and hardliners in Tehran ruin it.

"Constructive interaction is the motto of this government and it can be achieved through trust, the initial steps of which have been taken... "

That is a statement of a serasoned professional. It does not matter what Israel and other think. The reunion between Iran and US was going to happen. There was too much at stake and this agreement was just as catalyst. With regard to to the efforts of Jogn Kerry and Javad Zarif, their work and synergy has been excellent. Both deserve the Nobel peace Price for this historic work!

See this kind of delusion and dishonesty is why Iran will have a hard time joining the world.

I second this. The guys (Kerry/Zarif) did tremendous work and from what I hear they were working behind the scenes on this! Interestingly I believe French were embaressed with their insistence last time (that wrecked the signing two weeks ago) and I guess were told to put up.

The main losers are the idiots in Iran and US and the middle eastern countries that have fallen out of importance. With the new discoveries of oil and gas in Iran and increased US confirmed crude reserves, who needs Saudi Arabia. What theu have achieved bar being a breeding ground for 9/11 and other terrorists?

Actually, Nader, according to the Associated Press secret negotiations were stated with Iran in March before the election. The AP claims there was continuity on the Iranian side using diplomatic and security officials that remained with the negotiations, up to the present.

AP further claims that American diplomats as far back as March realized Khamenei approved of these secret meetings, which is to say that Iran was a willing partner before the election of Rouhani. And this would validate the Leverett's position that a deal was always possible, given American political courage to seriously embark upon such a course.

I personally voted for Obama and Rouhani, and feel a sense of satisfaction in participating in the process that elected these leaders and is putting forth a viable peace process.

You probably missed my point. Of course in March, we already had the new U.S. national security team in place, wanting to find a peaceful solution to the nuclear impasse. AP is telling us that the Americans did make contacts to the Iranians. What changed in June, however, was the election of Rouhani and the new Rouhani/Zarif team taking leadership of nuclear negotiations. Now with the existence of two national security teams in Washington and Tehran, both committed to peaceful solution of the issue and reviving Iran-U.S. relations, the interim deal could be worked out.

I believe Leveretts and other Iran watchers agree with me that this is the first time that we’ve had teams in place in Washington and Tehran that could work with each other. Khatami faced Bush during the Afghan campaign, but the “axis of evil” comments insured continued hostility between the two government. When Obama was first elected, he faced Ahmadinejad, with his anti-Western, anti-Semitic world views, making it impossible for any sane Western leader to hope for a negotiated settlement of the disputes. Now you have Rouhani/Zarif were facing Obama/Kerry/Hagel, and in less than 100 days (98 days to be exact) after Rouhani took the office, the deal was signed.

Let’s hope in six months, the two sides would be in a position to negotiate a comprehensive agreement for good.

you obviously have your head buried and failed to note the terms of the agreement.......... which DO NOT recognize Iran as being a nuclear power..... and which also do not lift the sanctions

Zibakalam optimistic (audio file), we will find out after 6 month ...

I am at loss to understand why an experienced (through age) individual like Khomeini. Khamenei or Ahmadinejad should talk the way they did. Are not these people brought up properly. Why are these so spiteful. I recall when Shah got cancer, Khomeini was saying “thank god for that”. I mean what sort of a leader would talk like that. Now we had that Ablah Ahmadinejad saying those things against the Jews etc. This is a leader of a country making those spiteful comments. No civilised person would have dealt with him. Few days ago the comments from the old Khamenei about Israel. What is the value of that? What purpose it serves except fuel for anti-Iran fire. This is as bad as comments made by that silly women (who I believe is a Jew) about “deception is in Iranian DNA”. So it would be OK to state that “greed is in Jews DNA?” But we don’t do that as much as it is a widely perceived view. It does not serve any purpose. Iran and its leaders should rise above all that. We do not need that rhetoric. Leave that to Arabs and Palestinians who have an issue with their neighbours. For the past thirty odd years they have practiced every anti-western rhetoric. It is time to practice moderation and civility.

Just rerjoice at the news ..
...
Tehran's stock exchange immediately reacted positively to the deal. And the rial started to strengthen against the US dollar. Moreover shares of industries that were hit hard by the sanctions, such as the petrochemical and auto industry, made the most gains.

The managing director of Iran's biggest car factory said on Sunday that 30% of the industry's problems would be solved after the nuclear deal.

Of course there is a long road ahead - but this is a very good start for the new government which promised to ease people's lives in 100 days.

Congratulations to the Iranian nation! Hopefully this is a first step on the path to increased peace and prosperity for Iran, the region, and the world.

In order for a country such as Iran to have sanctions lifted, one must stop the anti-western, anti-Israeli threats and chants. Rouhani, standing by the sidelines observed and learned from Amadinejad's mistakes. Rouhani, once in power, immediately took advantage of his position and immediately started his campaign of, removing anti-western slogans visible to the general public, presented himself as a moderate ideologist and accepted communication with the West. This tactic helped opened the doors for negotiations.

In my opinion, this was a tactical move by both countries to have this agreement. From the American's side, it helps ease the tensions about Obama Care and its failure as a program. From Iran's side, it helps ease the tensions about their nuclear program. Unfortunately, this will not work and most will feel the consequences down the road. Very similar to that of Jimmy Carter's decision to have the Shah removed.

It is progressive. But IRAN's right to enrich uranimum up to 5% and kepp and maintain centrifuges and current factories is recognized :) Cheer up!

According to who, Anon 12:28 AM? So far, no politician has stated that sanctions are dependent on anti-western words. Can you provide a source to back up your comment?

So what if some people said something mean about the USA and the zionist occupation? What are you, an adult or a child? Seriously, grow up.

Infact it is he who is making a point for childish ways by taking a stand for the Islamic dictatorship, whose attitude is to the detriment of the Iranian people and only serves to negatively affect their living standards. The theocracy is directly responsible for the sanctions and embargoes brought against the population of Iran.

Why do you excuse such reckless and childish behavior on behalf of the Akhoonds?

In other words Anonymous 3:08 PM, no. You can't provide a source to back up your comment.

Anon 1:23 PM, is not the one whining like a child, just because other people said something mean! You still have not provided a source to back up your comment.

At Anon 1:23, 7:16 Anon 4:11, perhaps you can ask your previous president Mr.Amadinejad how is anti-western and Jewish slandering helped with his presidency? Does the word Sanctions ring a bell? The sanctions imposed on Iran are cause by anti-western and anti-jewish slandering along with the want to enrich uranium for the purpose of building a nuclear weapon. I don't need to provide any written source to prove my point. During the past 8 years the Iranian government has provided enough facts with their decision making about their ideology and how they want the world to know them as. Iran's economy is on the verge of collapse all caused by the government and their decision making, yet I'm the child. Continue to remain blinded and support a government that is destroying the country along with the people.